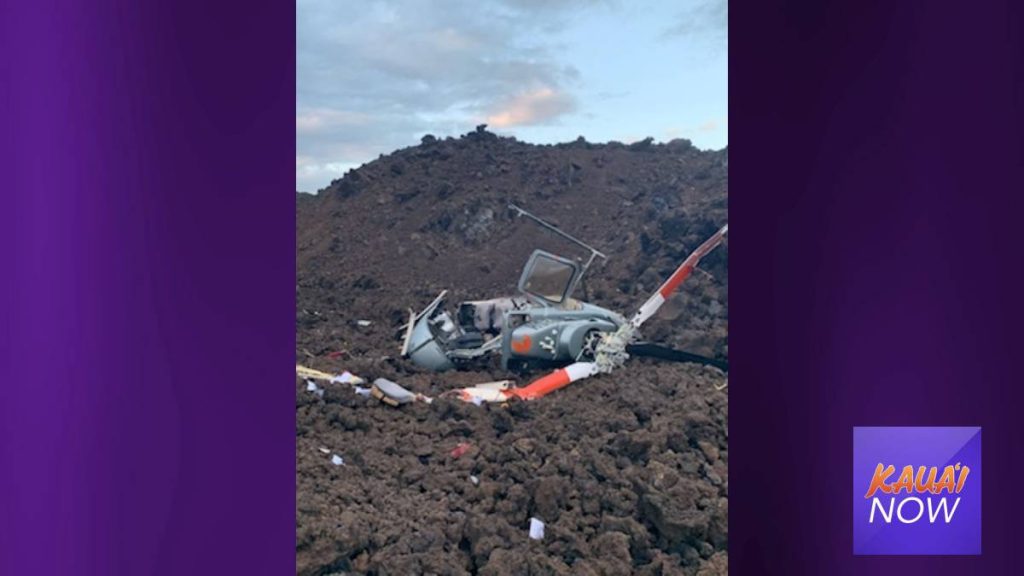 Two mainland news outlets and two Facebook posts have identified some of the passengers involved in a helicopter crash Wednesday, June 8, near South Point on the Big Island.

According to an article from The Chattanoongan in Chattanooga, Tenn., a Chattanooga auto dealer and two family members were among the six people aboard the Paradise Helicopters Bell 407 helicopter, operated by K&S Helicopters, when it crashed Wednesday. The news outlet identified Clay Watson and his daughters, Kennedy and Clayton Watson, as three of the five passengers.

According to Chattanooga news station WDEF-TV, Watson is president of the Mountain View Auto Group in Chattanooga.

The Chattanoogan article was attached to a public Facebook post by Teena Julian Renegar, who has had a friendship with a family member of the Watsons’ for many years.

“Asking for prayers for all those involved in the helicopter crash that happened in Hawai‘i. The father and his two daughters are from Chattanooga and one of the girls is in very serious condition,” Renegar said in her post Thursday. “Their grandmother is a very dear and special friend that Robyn, Bethany and I have had a friendship with for many years. Please take a minute and send up a prayer for the daughter that is very serious and for her family that is distraught and hurting.”

“Needing all prayers for the Watson family. A family friend, his two beautiful daughters and three others were in a helicopter crash while on vacation in HI,” her post said. “One of his daughters is still in critical condition last we’ve heard. Cannot imagine how scary this is for them right now. Please send them all your prayers during this time. Clay, Kennedy, Clayton and April, we are all thinking of you and are here if you need us at all.”

The crash happened just before 5:30 p.m. Wednesday. The tour helicopter crashed in an open lava field between Ranchos Subdivision and South Point Road. Two of the helicopter’s occupants were seriously injured. All of the patients were transported to Kona Community Hospital.

According to the Hawai‘i Fire Department, which extricated all of the victims from the crash scene with its Chopper 1 and 2 helicopters, the six people aboard the aircraft at the time of the wreck included three women, ages 18 and 19, and three males, ages 23, 48 and 54. The two most seriously injured were the 19-year-old woman and the 54-year-old man.

The identities of the victims have not yet been released or confirmed by officials. The National Transportation Safety Board is investigating the crash.

“The helicopter departed Kona International Airport at approximately 5:01 p.m. HST on a sightseeing tour,” Jennifer Gabris with NTSB media relations, told Big Island Now on Thursday morning in an email. “The crash occurred at approximately 5:29 p.m. HST. The helicopter was scheduled to return to Kona International Airport. NTSB is not traveling to the scene at this time. An investigator will travel to Hawai’i to examine the wreckage once it is recovered.”

Gabris said a preliminary report, which includes all information learned to date, is expected to be published within 15 business days after the wreck.

“At this time, K&S Helicopters Emergency Response Plan has been activated and the full resources of the company are being mobilized to respond to the incident,” the statement said. “K&S Helicopters is cooperating with all authorities involved, and is also working to assist those affected.”

“The care of our passengers, crew members and their families is our highest priority” Calvin Dorn of K&S Helicopters said as part of the company’s statement.

The full statement can be found on the Paradise Helicopters website.

The Big Island crash follows another helicopter crash Feb. 22 that killed two pilots and two crew members at the Pacific Missile Range Facility on Kaua‘i. The helicopter involved in the February crash was owned and operated by Croman Corp. and was under contract to the U.S. Navy, being used to retrieve inert training torpedoes from the Pacific Ocean as part of the Navy’s ongoing Pacific submarine training operations.