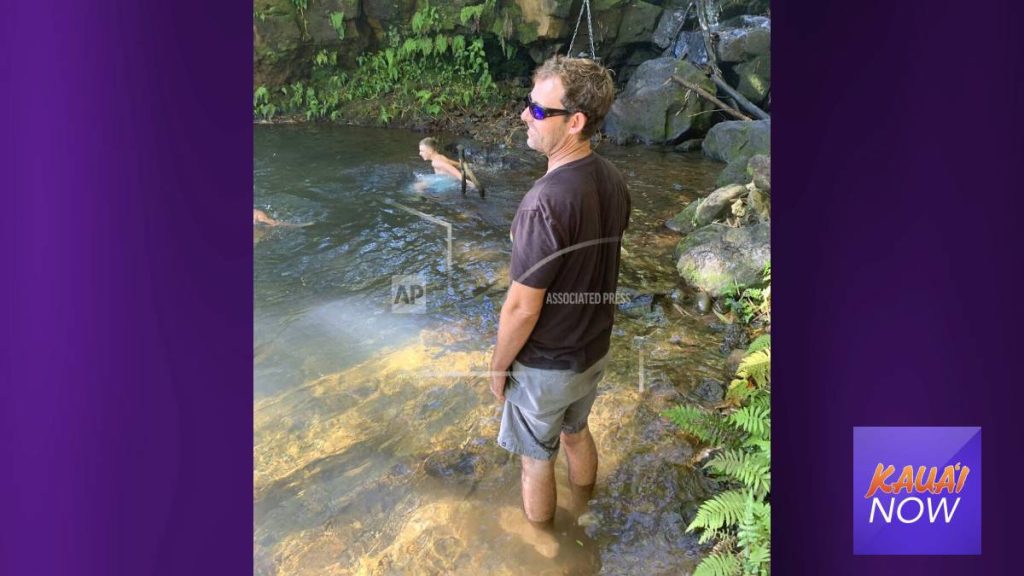 Three of the four helicopter crash victims on Tuesday at Pacific Missile Range Facility were residents of Kaua‘i.

Croman Corp., an Oregon-based helicopter company, reported that all crew members were killed during a range training operation shortly after 10 a.m. Feb. 22. Croman Corp. has provided commercial air support service to the Navy at PMRF in Kekaha since 2007.

Multiple media outlets, including Hawai‘i News Now and the Garden Island newspaper, reported on Wednesday, Feb. 23 that Maurice was from Lyle, Wash. and the other three victims, Rader, Teves-Vladez and Haider, were Kaua‘i residents.

Haider’s mother, Penny Haider, told the Associated Press that her son was originally from Springfield, Ore., and lived on Kaua‘i for two years with his wife. He had two children from a previous marriage

“Matt was a very action-oriented type of person,” she told The AP. “Even though this work was intense, he thrived on that intensity.”

An AP photo of Haider, pictured above and here, circulated online following the crash.

The National Transportation Safety Board and FAA is conducting investigations. PMRF has stated it will provide support as the probe progresses.

“The PMRF `ohana was shaken earlier this week by the tragic loss of four members of our team,” Captain Tim Young, PMRF commanding officer, stated in a news release. “Whether active duty, government civilian or contract civilian, our workforce is a close community. My heart goes out to the families and friends of our fallen teammates. We appreciate the condolences and support expressed by the people of Kaua’i and others.”

The chopper involved in the crash was a Sikorsky S-61N helicopter. A spokesperson for Croman Corp. said their primary responsibilities include assisting with target recovery, visual surveillance, range clearing, transport of military/government personnel to and from ships or shore facilities, movement of material, and when required, firefighting support.

“They were providing routine training operations support at the time of the incident,” the spokesperson said.

Witnesses on the west side of Kaua‘i told Hawai‘i News Now that the crash happened in an instant and some speculated the problem appeared to be due to either the helicopter being too overloaded or because of the cable that was being used during the operation.

“It didn’t drop, that’s the key,” witness Chris Turner told the outlet. “Something caused that helicopter to accelerate and go down. It tweaked to the right and then immediately went straight nose-down in an accelerated speed ― straight down with like one second. That was it.”

Thirteen-year-old Chloe Ayonon to the Hawai‘i News Now that she was at PMRF on Tuesday morning for a school field trip. She said they were touring the fire station on base and saw a helicopter flying around and then they heard a loud bang.

A black cloud of smoke filled the blue sky after the crash, as captured in photos online.

Kaua‘i Mayor Derek S.K. Kawakami issued his condolences to the victims’ friends and family following news of the incident, as did other Hawaii lawmakers.

“First and foremost, our thoughts and prayers are with the families and friends of those who were lost this morning in this heartbreaking tragedy,” the mayor’s statement read. “I know there are no words that can express the extent of what you are going through or provide the solace that you need, but please know that our entire community is here for you. We offer our partners at PMRF any resources they may need, and we offer the families involved our deepest condolences during this difficult time.”

My heart goes out to the families of the four individuals who were killed in today’s tragic helicopter crash on Kauai.

I plan to speak with PMRF leadership and will stay in close touch as the NTSB investigates this accident. https://t.co/olGGrV2jMG

Hawai‘i News Now also reported that the last military helicopter crash in Hawaii prior to Tuesday’s accident occurred in 2017, when a Black Hawk helicopter went down off Oahu’s North Shore during a routine training mission. Five soldiers were perished.