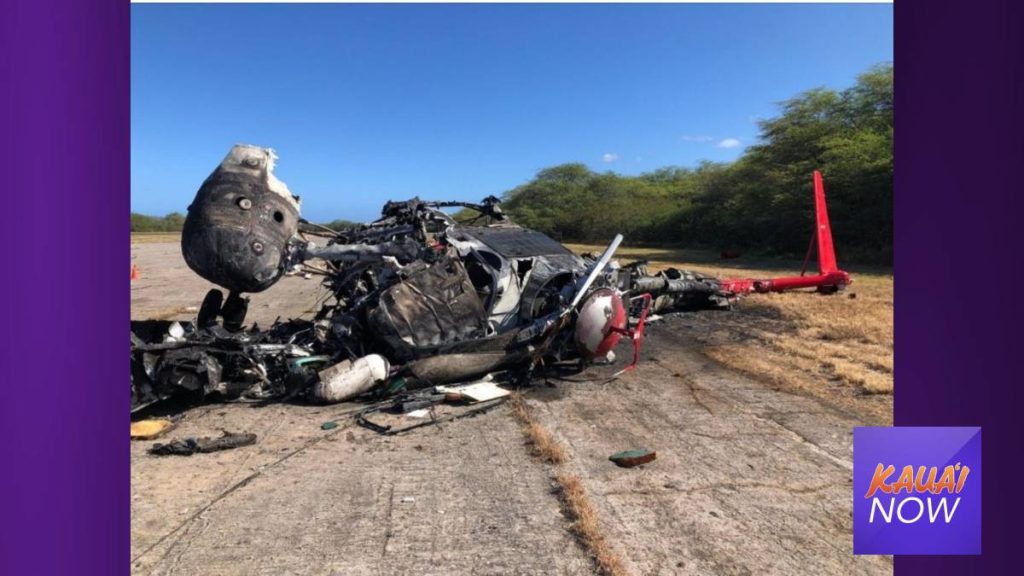 The National Transportation Safety Board released a preliminary report on a helicopter crash at the Pacific Missile Range Facility on Feb. 22, that killed two pilots and two crew members.

The helicopter, owned and operated by Croman Corporation, was under contract to the United States Navy, being used to retrieve inert training torpedoes from the Pacific Ocean as part of the Navy’s, ongoing, Pacific submarine training operations. According to the operator’s director of operations, the mission involved locating a training torpedo in the open waters, retrieving the torpedo using a recovery basket/cage system, then returning the torpedo to the PMRF by sling load.

According to archived Federal Aviation Administration (FAA) ADS-B data, after the helicopter departed Barking Sands PMRF, it proceeded north-northwest to an area about 44 miles away, the NTSB report indicates.

As the helicopter neared the predetermined drop-off site, known as the ordnance recovery cage area, or ORCA, the left turn stopped, and the helicopter proceeded in a northeasterly direction. The archived ADS–B data stopped recording just before impact.

“Multiple witnesses located near the accident site consistently reported that as the helicopter continued the left turn towards the ORCA, the turn unexpectantly stopped, and it began to travel in a northeast direction,” the NTSB report states. “The witnesses noted that as the helicopter flew in a north-easterly direction, about 200 feet above the ground, it gradually pitched nose down and impacted nose first, in a near-vertical attitude.”

The aircraft caught fire after crashing to the ground, which incinerated much of the helicopter’s structure.

Two investigators from the NTSB Alaska Regional Office, along with a helicopter aerospace engineer from Washington D.C., responded to the accident site and examined the helicopter wreckage on February 23-28. During the detailed on-scene examination, the investigative team retained various components for additional examination and testing, and results are pending.

about 1020 Hawaii-Aleutian Standard Time, a Sikorsky S-61N helicopter, N615CK, was destroyed when it was involved in an accident at the Pacific Missile Range Facility (PMRF), Barking Sands, Kekaha, Hawaii, on the island of Kauai. The two pilots and two crew members were fatally injured.