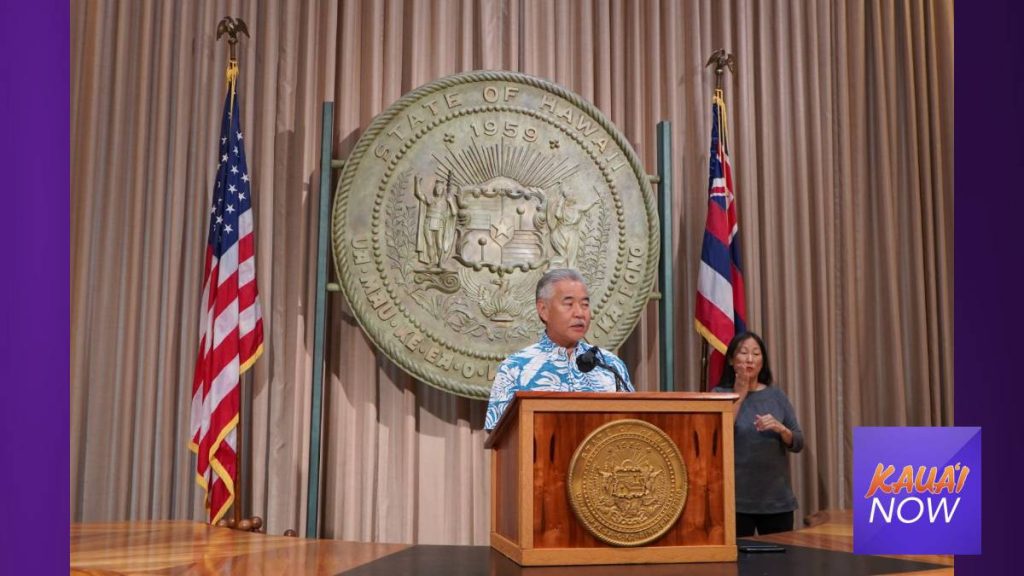 Gov. David Ige announced Tuesday, July 12, that he is vetoing 26 bills and line-item vetoing two others on his intent to veto list, which he released last month.

“Many of the bills that I am vetoing have legal, procedural and compliance issues,” Ige said in a press release Tuesday.

The governor highlighted the following two vetoed bills during a news conference Tuesday:

A press release from the governor’s office said this program is meant to assist new farmers on start up so they can become commercially established. There are procedures in place for existing lessees to request an extension of their lease.

The state Department of Agriculture will continue to work with existing lessees who want a lease extension of up to the maximum 55 years.

“Current lessees can reapply for new leases and are likely to submit more competitive bids than potential lessees since they have already established their operations,” Ige said in the release. “The purpose of this veto is to ensure that we give as many farmers as possible the opportunity to apply for and benefit from this state program.”

The monitoring provisions in this bill would violate the constitutional rights of families who adopted or took guardianship of former foster children and receive permanency assistance for that child, according to the governor’s press release.

The provisions would include unlimited investigations of these families if at any time there was a complaint filed with the state Department of Human Services about that family, without regard to the merits of the complaint, and regardless of whether the complaint was ever substantiated. These investigations would be allowed while the child is underage, even when the Family Court found the legal relationship to be in the best interests of the child and approved the adoption or other permanent legal relationship between the child and the family.

This bill would expand the state’s duties to monitor and interfere with permanent family relationships in a way that would violate the constitutional rights of those families, the press release said, without any evidence of harm or threatened harm to the child that is in the family.

“I want to repeat that I strongly support the intent of this bill, which is to give more resources and authority to the Child Welfare Services division to ensure that our keiki are safe,” Ige said in the press release. “The trauma that our community experienced over the loss of a former foster child is real and cannot be dismissed. But the solution cannot and should not violate the constitutional privacy rights and basic dignity of every family that has taken in and provided a former foster child with love and stability.”

The governor also decided not to veto two bills on his intent to veto list:

In addition, there are six bills becoming law without the governor’s signature. These bills contain either a technical issue or an area that needs to be reworked and discussed more thoroughly with the affected state departments.

“I want to thank the Legislature for its hard work this session,” Ige said in the press release. “Lawmakers passed bills that will help improve the quality of life for Hawaiʻi residents. Together, we will continue to protect public health, revive the state’s economy and strengthen our communities.”

Ige has signed into law 311 of the 343 bills passed by the state Legislature during this year’s legislative session.

“This session is another example that we can do great things when we work together,” the governor said in the press release.