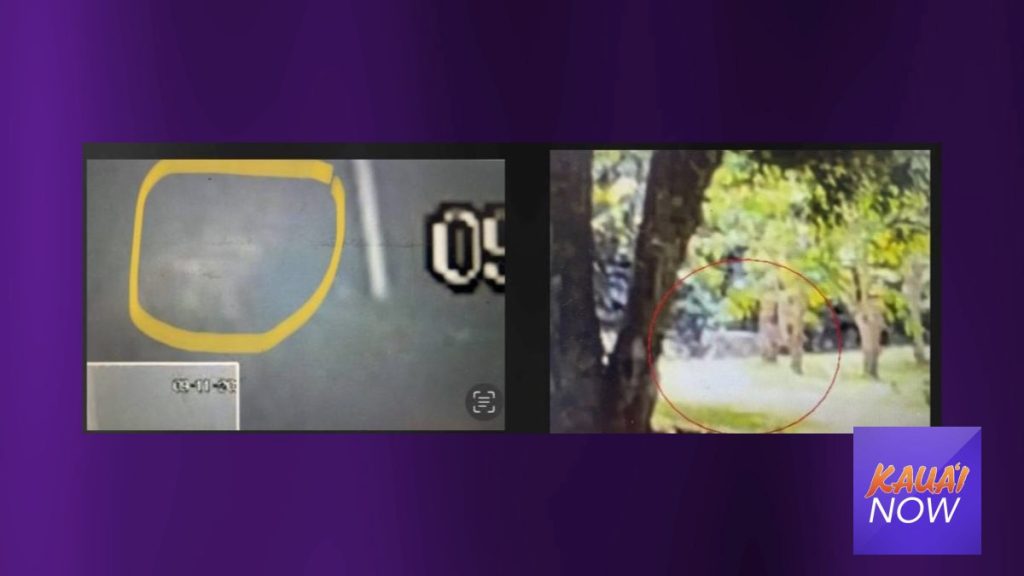 When the first public reports surfaced of a big cat, perhaps a mountain lion or a lynx, prowling the coffee belt region of the Big Island about a month ago, Hōlualoa resident Drew Camacho was skeptical.

Camacho is a manager at the sober living facility Bridge House in Hōlualoa. The facility is spread across a large, fertile landscape packed with gardens. Part of the chores for residents is picking lychee and tending to the land. Camacho thought residents were using the big cat scare as a way to avoid going outside to work.

But Camacho is a believer now, after seeing the latest video of the reported animal that was captured over the weekend by Manago Hotel security cameras and published Monday by the Honolulu television news outlet KH0N2.

“I think it’s real,” Camacho said on Tuesday, with concern that the animal could have been so close.

Big cats not only are rare on Hawai’i, but illegal. State law prohibits wildcats like lynxes, jaguars, bobcats, leopards and hybrids, all of which are not native to the islands.

If there is such a big cat, it had to have been smuggled to the island. A person convicted of transporting, owning or possessing an illegal animal could be fined up to $200,000, pay for all costs to capture the animal and jailed for up to three years, according to Hawaii’s Plant Industry Division.

The first sightings were “right in our back yard,” Camacho said. The sightings now have the big cat wandering about 17 miles south to Captain Cook, where the historic Manago Hotel resides.

The dark and grainy footage captured Sunday evening at the hotel shows what appears to be a large cat-like animal ambling casually on the sidewalk across a dark street. The video is shot from inside the hotel lobby and the moving figure is seen from through the window.

It is hard to make out exactly what it is, but it definitely is something.

A hotel employee, who wished to remain anonymous, told Big Island Now on Tuesday two guests from California saw the animal around 7:45 that evening when they were coming into the hotel. They were certain it was a mountain lion, the employee said.

“She saw it going by,” said the employee, who was working in the kitchen. “She like, freaked out. She wanted to jump back into the truck.”

Another employee working the hotel front desk spoke more to the California couple, who said they had seen plenty of mountain lions before. A short while later, they checked the hotel security camera. That’s when they spotted it, albeit grainy, but there. It appeared to leave the highway and head up to the nearby baseball fields.

“Unfortunately, it’s not the clearest of pictures, but it doesn’t look like a small cat,” the employee said, adding she was scared to walk home that night. “I do believe them. They were adamant about it.”

The first sighting was Aug. 15, when a Hōlualoa resident took pictures of what appears to be something the size of a large dog on his property on the rural slopes of Hualālai above Kailua-Kona.

The resident, who requested anonymity, told the television station he fired a rifle to scare it off and the animal jumped six feet up in the air and 30-some feet outward.

The sighting led to Department of Land and Natural Resources personnel placing baits and cameras to try to capture evidence of a big cat. But the effort ended with no success.

The state land agency has turned over the investigation to the Hawai‘i Department of Agriculture, which has jurisdiction on investigating exotic animal sightings. Emails to the agriculture department inquiring about the latest on the investigation were not returned on Tuesday, but on Tuesday the DLNR stated that the Division of Forestry and Wildlife (DOFAW) has looked into reports of a big cat, but without clear photographs or video it was impossible to make any determinations.

Those cameras staff put out only saw pigs and small cats in their images, a DLNR spokesperson said.

“Sightings reported from all over Hawai’i Island, are unlikely due to the distances and terrain even a large animal would need to traverse,” he added.

On Tuesday, blocks away from the Manago Hotel, Daniel Alber, manager of Blackrock Pizza, said he was aware of the reports but wasn’t too alarmed at the prospect of the big cat wandering his work territory. His staff didn’t seem to be, either.

The animal would likely stay in more rural areas than in the busier town, but he had no problem believing such an exotic animal could find its way to the island in the middle of the Pacific.

“Everything else has been imported here, right?” he said.

In 2003, state wildlife officials investigated the possibility that the mauling of a young deer in Upcountry Maui was the work of a big cat believed to have been on the loose for at least six months. The investigators never found any evidence one existed, but in 2017, Maui’s mayor at the time, Alana Arakawa, told a person who thought they saw a large cat-like creature in a resort area that the fabled “Maui Cat” is the island’s version of Big Foot.

Back on the Big Island, a few feet down Māmalahoa Highway from Blackrock Pizza, Kona Potato Chips employee Brianne Omori said the latest footage of the animal was the talk of the store when they opened up Tuesday morning. It also has made national news.

Did you see it? Was it real? What was it? All the employees asked each other.

The consensus among them, Omori said, was that the image was too grainy and obscure to take as concrete evidence. That was her opinion, too. It could be a dog, she opined. In the end, seeing is believing.

“I don’t believe anything blurry,” she said. “If it was a bit better quality, then probably. But I don’t know.”

People who have information about the animal’s whereabouts can report it to the HDOA at 808-643-PEST.