3 Displaced in Apartment Fire in Līhu‘e 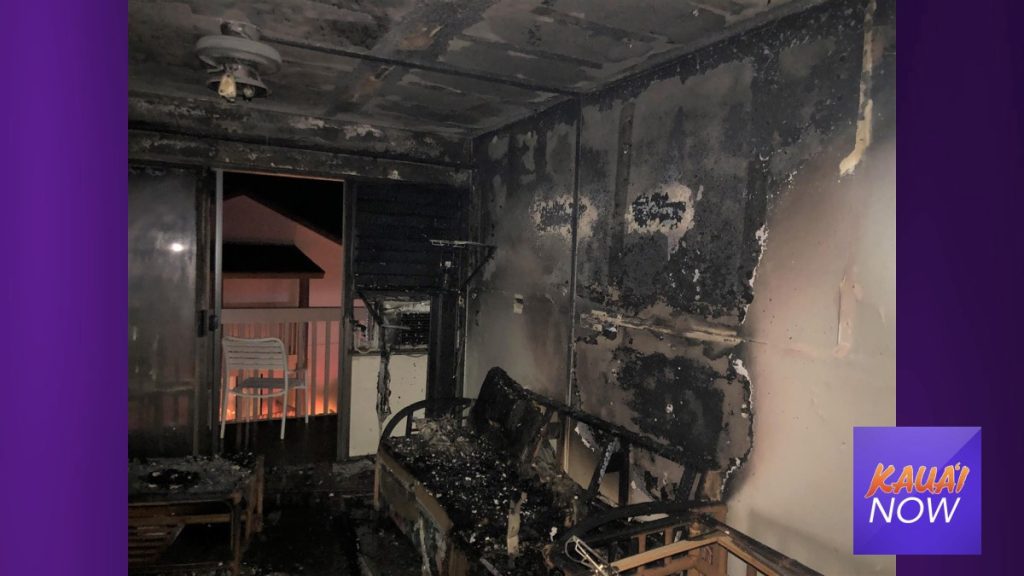 Three people are displaced after a fire broke out in a Līhu‘e apartment on Monday damaging two units.

Kaua‘i firefighters from the Līhu‘e, Kapa‘a, and Kōloa fire stations were dispatched shortly after 6 p.m. to the apartments at Banyon Harbor. When crews arrived on scene, they found smoke coming from a unit on the second floor of the building. The occupants of the unit were not home at the time of the fire.

The flames were contained to the single unit and fully extinguished a few minutes later. However, additional damage was reported to the apartment directly under the involved unit.

As a result, two occupants were displaced from the apartment of origin, as well as a sole occupant in the apartment below the fire. Banyon Harbor management is assisting displaced individuals with temporary housing.

Crews cleared the scene at approximately 7:30 p.m., while personnel with the Kaua‘i Fire Department Prevention Bureau remained on site to conduct their investigation. No injuries were reported.

Damages to the structure and contents are estimated to be roughly $153,000. The cause of the fire was deemed accidental.