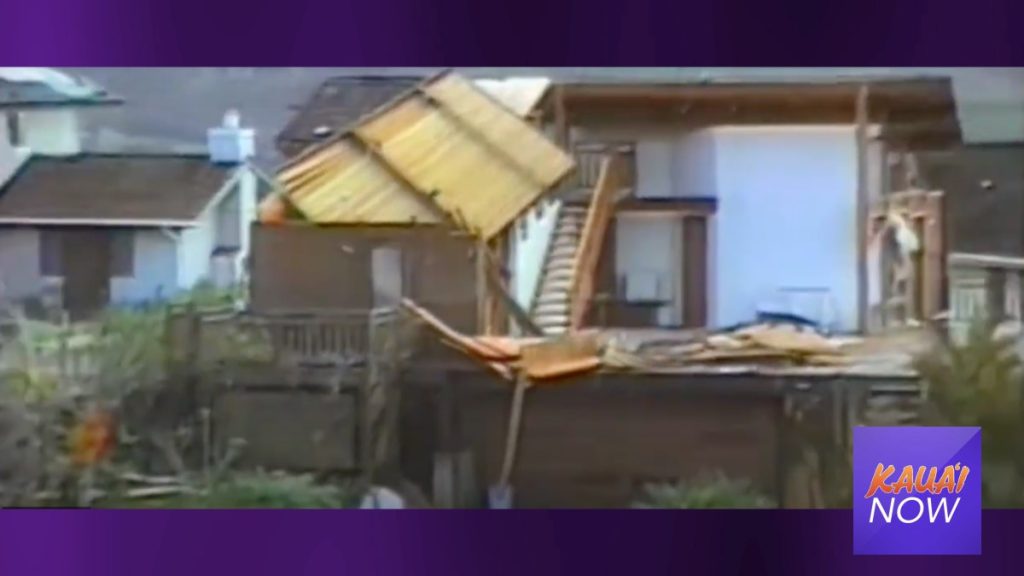 Thirty years ago today, Hurricane ʻIniki made landfall on the island of Kauaʻi as a Category 4 hurricane.

“It made us think about what was really important,” Yukimura said, who was mayor from 1988-1994. “And when we thought we lost everything, we realized we had a lot. We had our lives, we had our loved ones, our neighbors and friends and most of all the will to rebuild our community.”

Approximately 1,400 homes were destroyed and six people died as a result of the 1992 hurricane. ʻIniki caused more than $3 billion in damages – an amount that would be more than $6 billion today with inflation, according to HI-EMA. State officials say parts of the state had no electric power for weeks, and tens of thousands of people were driven from their homes by the damage.

In an email to Big Island Now, Yukimura explained there were a variety of impacts from ʻIniki that lingered. She said there some children were traumatized when their parents, who were essential workers, were not with them during the height of the storm.

“One little girl had an eating problem for over a year,” the former mayor recalled.

Physically, Yukimura said the island had damaged structures here and there for years. The most visible scar — which still exists — are the remnants of the Coco Palms Hotel, which has remained in ruins for 30 years.

Within a few days of the hurricane, Yukimura said the leafless trees had buds sprouting from every branch and the chickens that had flown the coop in the winds were mating like crazy.

Then the cleanup and rebuilding took place.

“The biggest challenge was bringing back the economy,” Yukimura recalled. “Nobody wanted to take a vacation on a devastated, then recovering island. We first encouraged inter-island tourism with an ad showing that Hamura Saimin was back in business and Kauaʻi was open. Then the Hyatt opened with great ceremony, followed by hosting a visit from First Lady Hillary Clinton. But that was the biggest challenge.”

Since becoming mayor in 2018, Kawakami said the Garden Isle has experienced one disaster after another – from flooding, landslides, and major swells to a global pandemic.

“But with each challenge we faced, we have learned from our decisions, formed stronger relationships with our community, and have become more confident and experienced to respond to an emergency,” Kawakami stated in an email to Big Island Now. “Hurricane ʻIniki really set that foundation for us on Kaua‘i. And 30 years later, we still hold those lessons and experiences to carry us through the many challenges we face today and the extreme events that may come our way tomorrow.”

Ever since ʻIniki, Yukimura said, both the public agencies and private entities are much more vigilant today about having electrical backups for essential services.

The countyʻs emergency communication system is much improved since ʻIniki, as is the Emergency Operating Center. The Solid Waste Division does some debris separation to allow for separate treatment and to maximize diversion from the landfill which is already nearing its maximum capacity.

There is more attention paid to communication with the public during emergencies.