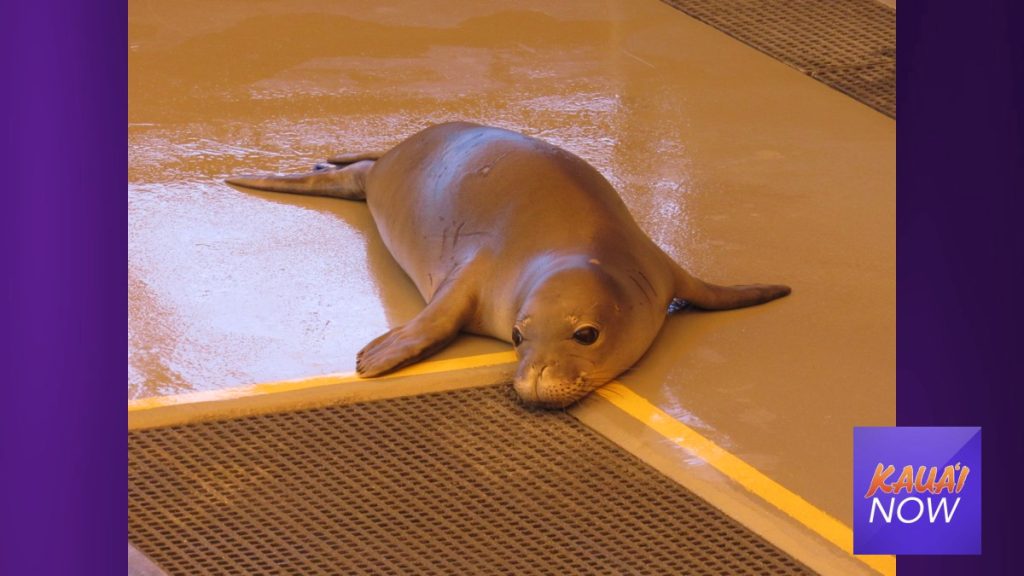 Four Hawaiian monk seals found underweight and malnourished were rescued by researchers in the Northwestern Hawaiian Islands over the summer and brought to the Marine Mammal Center in Kona for care.

They are all currently in stable condition at Ke Kai Ola.

Researchers at the National Oceanic and Atmospheric Administration, NOAA, discovered the three pups and juvenile seal during their annual field camp trips to the Northwestern Hawaiian Islands over the summer. Sophie Whoriskey, Hawaiian Monk Seal Conservation Veterinarian at The Marine Mammal Center, said the female animals were all underweight and unlikely to survive winter without intervention.

Scientists onboard the NOAA Research Vessel Oscar Elton Sette performed physical exams and initial treatment on the four female monk seals rescued from Pihemanu, also known as Midway, Manawai, or Pearl and Hermes Atoll, and Lalo, the French Frigate Shoals. The research ship shuttled the animals to Kona and from there they were transported to Ke Kai Ola.

One pup, identified as DQ10, was rescued from Manawai. NOAA officials say the pup weaned early at a small size and was unlikely to survive the winter season due to poor body condition. The other two pups from Lalo, QQ26 and QQ22, are also quite thin. The juvenile, PP32, is the oldest of the group and was rescued at Pihemanu as she was unlikely to survive due to poor body condition.

All four new patients appear stable and are settling in well to their new surroundings. Both PP32 and DQ10 are eating well on their own. QQ22 and QQ26 are both being tube fed for nutritional support and are showing interest in fish offers.

“Without the opportunity for rehabilitation at Ke Kai Ola, almost every one of the seal pups rescued would have died. From decades of research, we know that pups in the same condition as our patients in rehabilitative care don’t live to see their first birthdays,” said Dr. Michelle Barbieri, Lead Scientist for NOAA’s Hawaiian Monk Seal Research Program. “We are grateful to our partners at The Marine Mammal Center for their support in helping save this endangered species, and ensuring these young pups receive a second chance to return to their ocean home.”

The seals will continue to be treated as needed for intestinal parasites while in care.

Ahonui, a female pup that had weaned early at a small size on Kamole, Laysan Island, and was transferred into the Center’s care in late May, was successfully released back to the wild on Kamole in the early stages of the NOAA trip.

Since 2014, the Center has rehabilitated and released 38 monk seals, most of which have been rescued from and returned to the Northwestern Hawaiian Islands as part of the Center’s partnership with NOAA Fisheries.