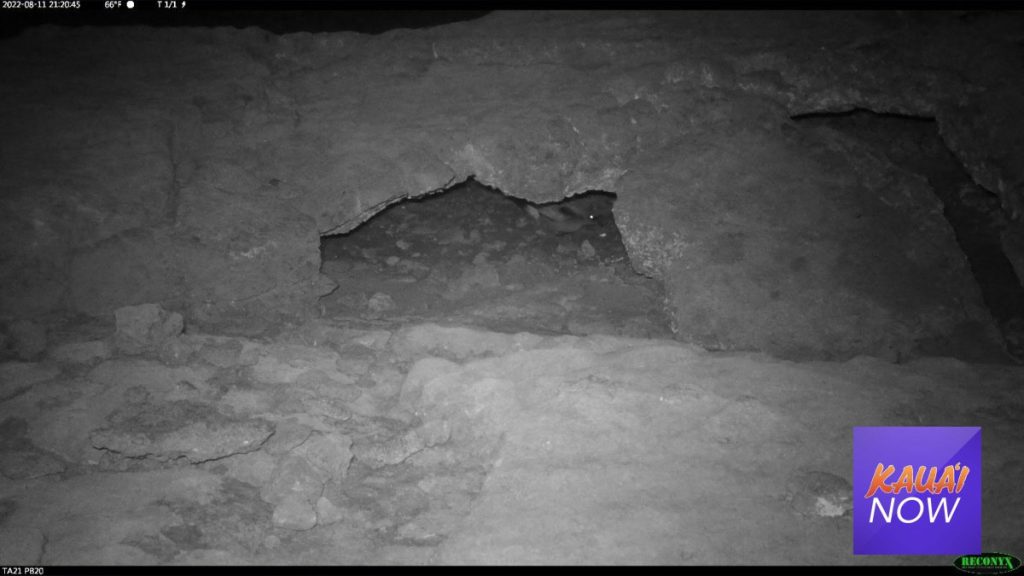 A new burrow of an endangered Hawaiian sea bird was discovered in August at the U.S. military’s training facility on Hawai‘i Island.

ʻAkeʻake is a small, endangered sea bird that spends most of its life at sea only returning to land to breed.

Slater began his job this summer at PTA after the retirement of the previous dog team. Slater began odor training in July and located an active burrow on his first outing. During his second visit, the canine identified two additional sites that may be burrows. PTA officials say Natural Resources staff will deploy surveillance cameras to monitor these areas in hopes of detecting additional ʻakeʻake activity.

“Working with the conservation detector dogs and their handlers has been rewarding and we couldn’t find the burrows without their help” said Rogelio Doratt, a cooperator with the Natural Resources staff.