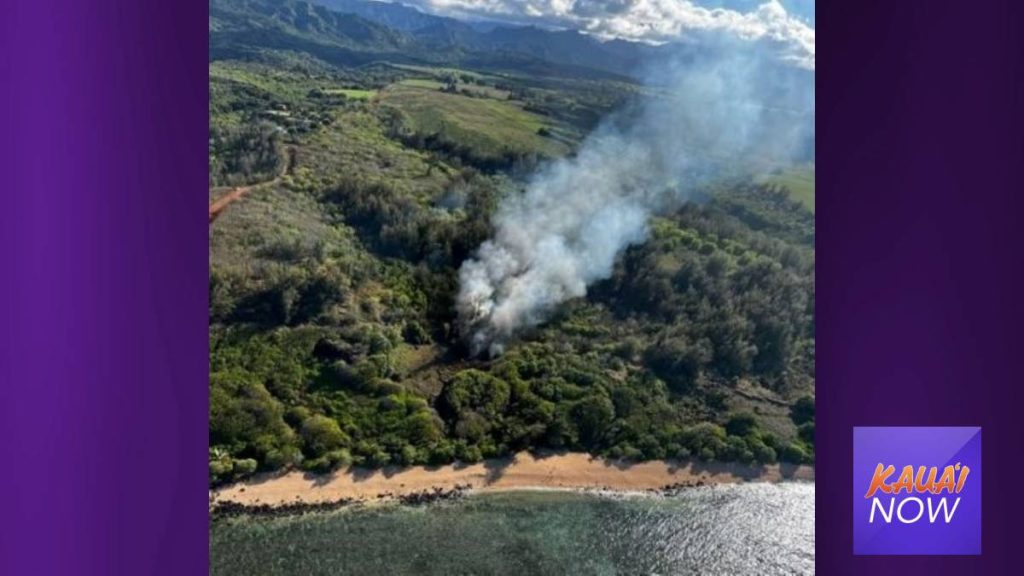 Kaua‘i firefighters responded to a brush fire Wednesday afternoon, Aug. 31, that broke out in Moloa‘a.

No injuries were reported.

At about 4:35 p.m., first responders with the Kaua‘i Fire Department were dispatched to a brush fire reported near Larsen’s Beach. Personnel from the Kaiakea fire station, Air 1, Tanker 1 and the on-duty battalion chief responded. With the help of a nearby property owner, firefighters aboard Truck 8 gained access, arrived on the scene and discovered brush on fire in a 75-by-50-yard area about 400-500 yards from Larsen’s Beach trailhead.

Because of the limited access to the fire, Air 1 was deployed and firefighters with hand tools and wildland backpack pumps hiked to the affected area.

Crews had extinguished the fire and cleared the scene by shortly after 7 p.m. No road closures were reported and no structures were threatened.