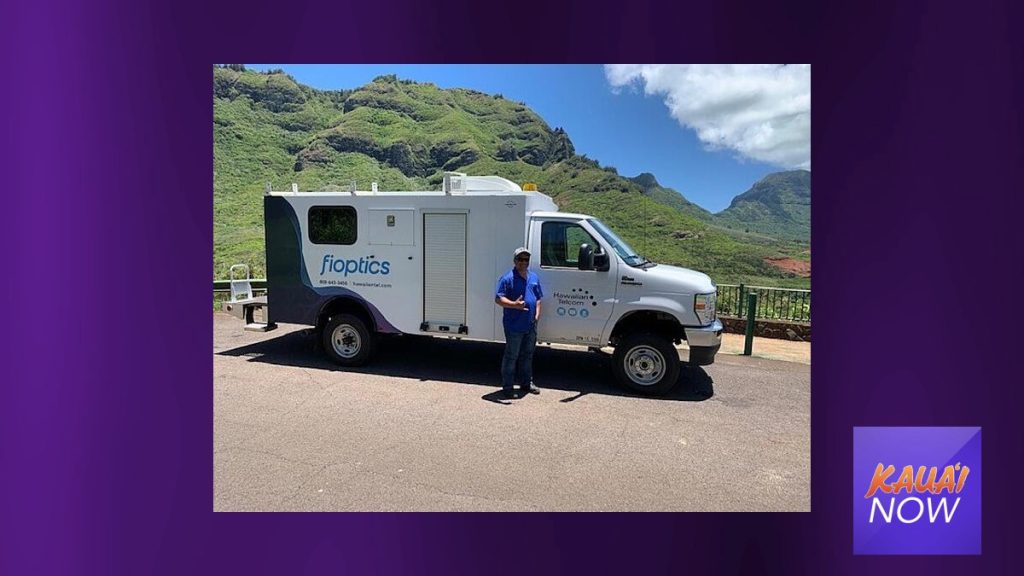 Hawaiian Telcom continues to expand its high-speed internet service across the Garden Isle.

During the first half of the year, the company expanded its service in parts of Anahola, Kapa‘a, Kawaihau, Kōloa, Moloa’a, and Wailua, enabling more homes and businesses with fiber internet. Hawaiian Telcom continues to expand and will be extending fiber internet to parts of Kālaheo and Lawai on Kaua‘i are on Hawaiian Telcom’s expansion plan for the second half of the year.

“Hawaiian Telcom is the only provider to take fiber all the way to homes and businesses,” the company stated in a press release Tuesday. “The company has extended its fiber-optic infrastructure to nearly 10,000 Garden Island homes and businesses, enabling them with its ultra-fast 100% fiber internet service Fioptics that offers the fastest upload speed in the state and among the fastest download speeds.”

Mayor Derek S.K. Kawakami said he appreciated Hawaiian Telcom’s efforts to invest in their island and make Kaua‘i a priority in their broadband expansion efforts.

“Many of our residents have experienced vulnerability and isolation as a result of natural disasters like flooding and landslides, and improved connectivity will strengthen the resilience of our community,” the mayor stated.

“Reliable broadband access is in high demand here on Kaua‘i and it’s exciting to see more fiber expansion on our island, especially in areas that previously did not have access or options,” said Duke Sardinha, who has been Hawaiian Telcom’s local manager on Kaua‘i since December 2014. “We’ve extended a lot of fiber in Kealia and Kapa‘a.”

Residents and businesses can visit hawaiiantel.com/fioptics to check if their home or business qualifies for Fioptics.

Hawaiian Telcom also participates in the federal Affordable Connectivity Program, which provides a discount of up to $30 per month toward internet service for eligible households and up to $75 per month for households on qualifying tribal lands.

Hawaiian Home Lands are considered qualifying tribal lands. Eligible households can also receive a one-time discount of up to $100 to purchase a laptop, desktop computer, or tablet from participating providers if they contribute more than $10 and less than $50 toward the purchase price. For information about ACP eligibility and enrollment, visit https://www.fcc.gov/acp.