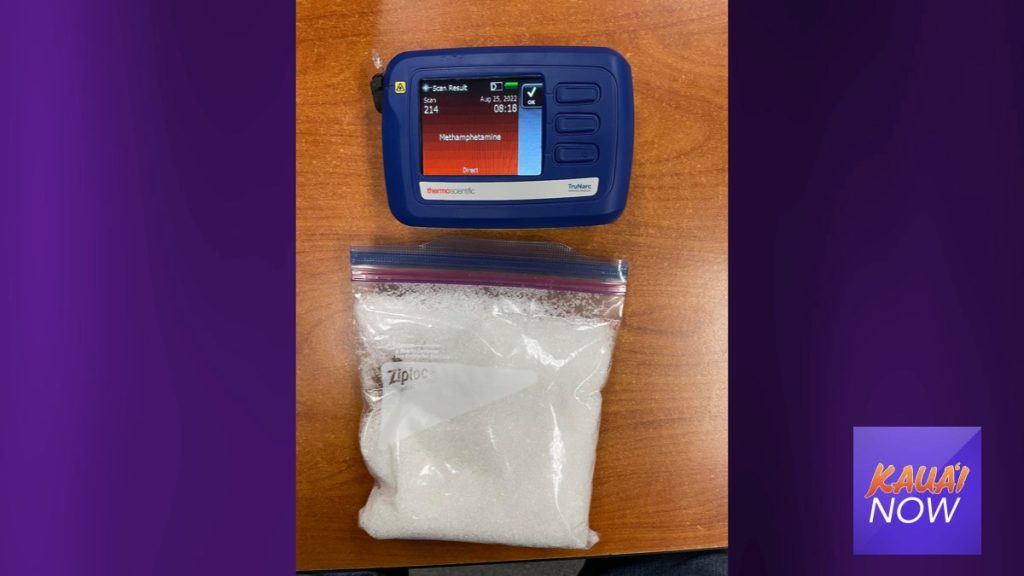 A 43-year-old woman was reportedly found with nearly two pounds of methamphetamine in her carry-on bag at Daniel K. Inouye International Airport while attempting to travel from Honolulu to Hilo this week.

The woman, identified as Julia Leilani Kaulukukui, was arrested Thursday after the drugs were discovered during a routine security checkpoint search, the Department of Public Safety reported on Friday.

Kaulukukui was formally charged by the Honolulu Prosecutor’s Office with one felony count of first-degree promotion of a dangerous drug.

Her bail was set at $30,000. Kaulukukui is scheduled to make her initial appearance in Honolulu District Court on Monday, Aug. 29.