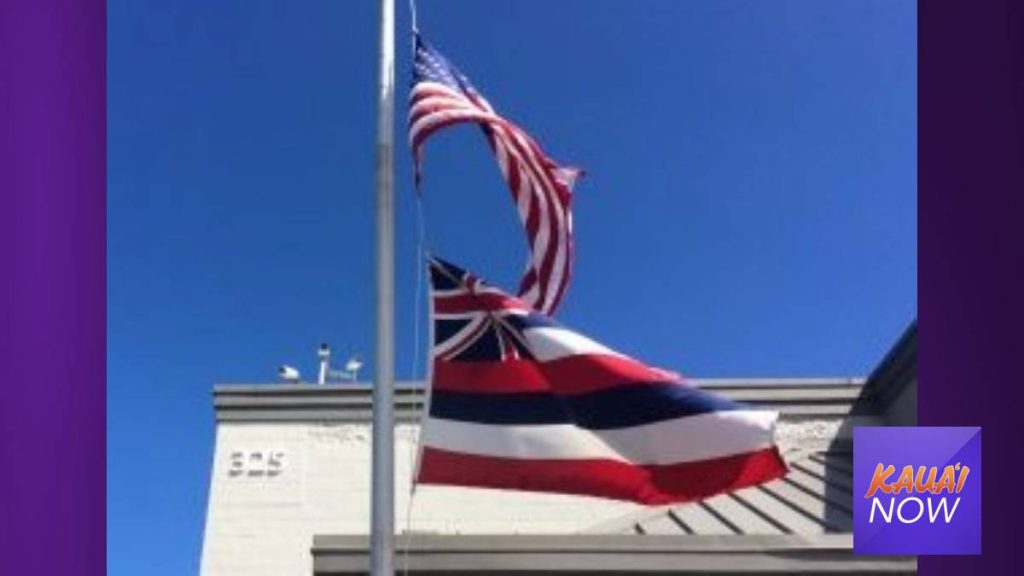 Gov. David Ige ordered that the United States flag and the Hawaiʻi state flag be flown at half-staff at the Hawaiʻi State Capitol and upon all state offices and agencies as well as the Hawaiʻi National Guard in the State of Hawaiʻi from sunrise until sunset on Friday, Aug. 26. This action is a mark of respect for the late James W. Wong, a former member of the State of Hawaiʻi House of Representatives and Senate, Ige’s office announced Thursday, Aug. 25.

Wong also worked at Hawaiian Airlines, the Honolulu Fire Department and James B. Castle High School as a secondary teacher of English and a track and basketball coach.

He was a graduate of Maryknoll School and the University of Hawaiʻi at Mānoa, where he earned his bachelor’s and master’s degrees in education.

This flag notice is issued for the day of Wong’s memorial service.

‘Banner Year’: State Legislature Approves More Than $1B For Native Hawaiian Programs
Red Flag Warning Over, But Dry Conditions Likely to Persist
‘This Is Just The First’
Loading Comments...