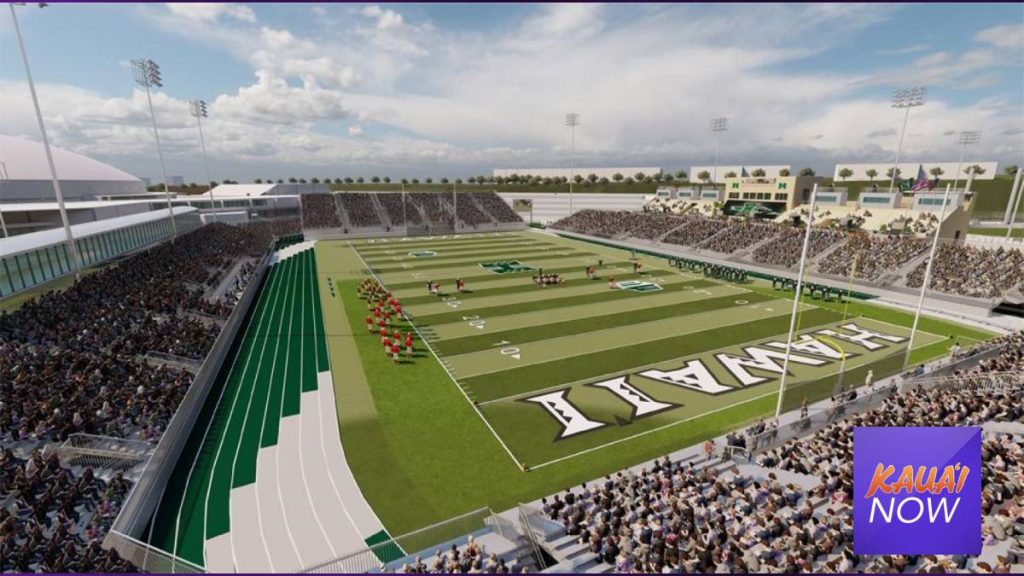 The University of Hawaiʻi Board of Regents has approved a $30 million project to expand seating up to 17,000 seats at the Clarence T.C. Ching Athletics Complex, home field of the Rainbow Warriors football team, at UH-Mānoa.

The project follows an $8.1 million project in 2021, which expanded seating capacity to 9,500 seats. UH was informed in December 2020 that Aloha Stadium, the Warriors’ home field since 1975, would not be available for fans until the new stadium is built. That placed UH at risk of not meeting the National Collegiate Athletic Association’s minimum attendance requirements of 15,000 fans for Division-1 football.

The project also includes a new location for the UH women’s track because the seating expansion requires the new grandstands to be placed on the existing track at the Ching complex. The new track will be located on the two practice fields for football and women’s soccer near the complex on the UH-Mānoa lower campus.

The long range plan is to include seating for 1,200 fans and host track meets and UH women’s soccer matches, currently being played at Waipiʻo Peninsula Soccer Stadium.

The project will be completed in two $15 million phases.