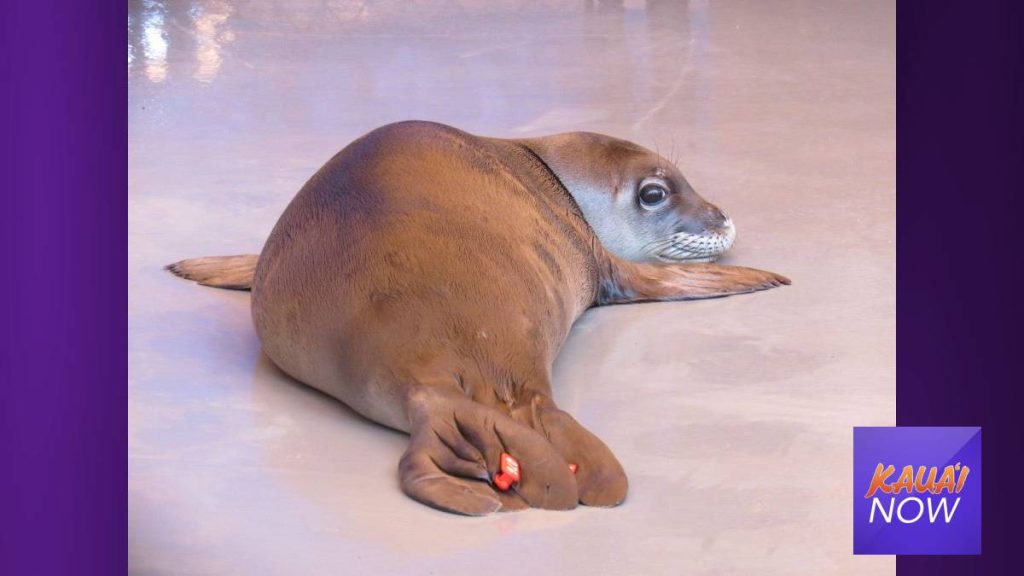 The Marine Mammal Center, the world’s largest marine mammal hospital, has admitted an endangered Hawaiian monk seal suffering from malnutrition at the Center’s hospital in Kailua-Kona. The female monk seal pup is currently in stable condition.

The successful rescue of RQ76 was made possible thanks to the Center’s partnership with the National Oceanic and Atmospheric Administration, NOAA.

“This pup weaned from her mother underweight and undersized and her survival was unlikely without intervention,” says Lauren Van Heukelem, Hawai‘i Response Manager at The Marine Mammal Center. “For an endangered species like the Hawaiian monk seal, every patient matters. We are grateful to our partners for their support in achieving our mission, and ensuring this young pup has a second chance to return to her ocean home.”

During the seal’s initial critical care period, the Center’s veterinary team noted that RQ76 was quiet but alert. Animal care experts will provide her with a fish smoothie using a method called tube-feeding, along with fluids to help boost her nutritional status and hydration in the coming days. As RQ76 gains weight and strength, experts will slowly begin offering sustainably caught whole fish feedings as well. The Center’s veterinary team also submitted a series of blood samples to check for signs of disease.

Known by researchers as RQ76, the pup was given the name Malama, meaning light, month or moon, by students at Malama Honua Charter School. The name symbolizes being a light and hope for the community.

On Aug. 4, thanks to good weather and well-coordinated plans, NOAA scientists successfully rescued the female pup on Mānana Island and temporarily transported her back to NOAA’s Daniel K. Inouye Regional Center in Honolulu for triage care. After two days of receiving bagged fluids and electrolytes via tube feedings, Malama was shuttled to Kona aboard the NOAA Research Vessel Oscar Elton Sette for treatment at Ke Kai Ola.

“Malama was small for her age measuring at just 79 cm girth. That’s critical information because what we’ve seen is that pups who wean at less than 90 cm girth have essentially no chance of surviving to the next year,” says Dr. Michelle Barbieri, Lead Scientist for NOAA’s Hawaiian Monk Seal Research Program. “Thanks to the combined efforts of our community partners, we were able to conduct this technical offshore rescue successfully and utilize the Oscar Elton Sette’s existing mission operations to transport her to Ke Kai Ola.”

Malama was born on June 6 on Mānana Island off the island of O‘ahu, commonly known as Rabbit Island. NOAA and partners have actively monitored Malama since she weaned from her undersized mother about a month after her birth. While monk seal pups typically wean at about 30 days of age, experts believe Malama may be undersized because her mother was below average size, and that could have impacted nursing. On July 12, NOAA experts measured and tagged the pup, confirming that Malama was small for her age. After conducting a risk assessment, the team determined that future intervention was needed for the pup to successfully thrive in the wild.

Since 2014, the Center has rehabilitated and released 37 monk seals, most of which have been rescued from and returned to the Northwestern Hawaiian Islands as part of the Center’s partnership with NOAA Fisheries, utilizing resources in the area to identify seals in need, rescue and rehabilitate them, and give them a second chance at life.

The Center’s partnership with NOAA Fisheries and other cooperating agencies is more important than ever to prevent this endangered species from becoming extinct.