Skunk Found in Trap at Wildlife Sanctuary on Maui 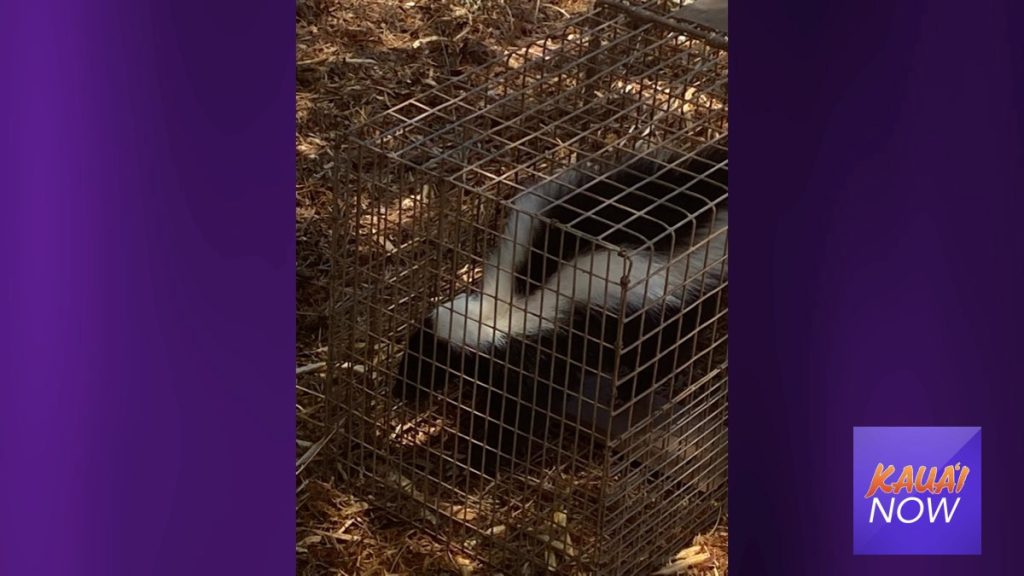 A skunk was found in a trap by personnel from the Department of Land and Natural Resources in the Kanahā Pond State Wildlife Sanctuary on Maui Monday, Aug. 15.

The traps were usually set to catch feral cats and mongooses in the wildlife sanctuary area. The skunk has been euthanized and turned over to the Hawai‘i Department of Agriculture, according to a press release from HDOA Tuesday.

Although the origin of the skunk is unknown, in January 2021, a skunk was reportedly spotted near the Maui Costco gas station, which is near the Kanahā Pond sanctuary. At the time, a rapid response team set out nine traps for about three weeks, but no skunks were captured. Since the origin is unknown, the skunk is being tested for rabies.

Skunks are prohibited in Hawai‘i and are only allowed by permit for research and exhibition in a municipal zoo. Skunks inhabit the U.S., Canada, South America, Mexico and other parts of the world. In the U.S., they are recognized as one of the four primary wild carriers of rabies, a fatal viral disease of mammals that is often transmitted through the bite of an infected animal. Hawai‘i is the only state in the U.S. and one of the few places in the world that is free of rabies.

Skunks are avid egg-eaters, preying on any birds that nest on the ground. According to DLNR, the Kanahā Pond Wildlife Sanctuary is the first wetland set aside for protection in Hawai‘i. It is a critical nesting habitat for four species of waterbirds unique to the Hawaiian Islands: ae‘o, (Hawaiian stilt), ‘alae ke‘oke‘o (Hawaiian coot), koloa (Hawaiian duck) and the nēnē.

“While plant quarantine inspectors conduct inspection of agricultural material transported from the U.S. Mainland, they are not authorized to conduct routine inspections of shipping containers of other types of goods,” said Phyllis Shimabukuro-Geiser, chairperson of the Hawai‘i Board of Agriculture. “We appreciate the assistance of the DLNR, stevedores and the public for keeping an eye out for skunks as well as all other illegal and invasive animals that may hitchhike on cargo.”