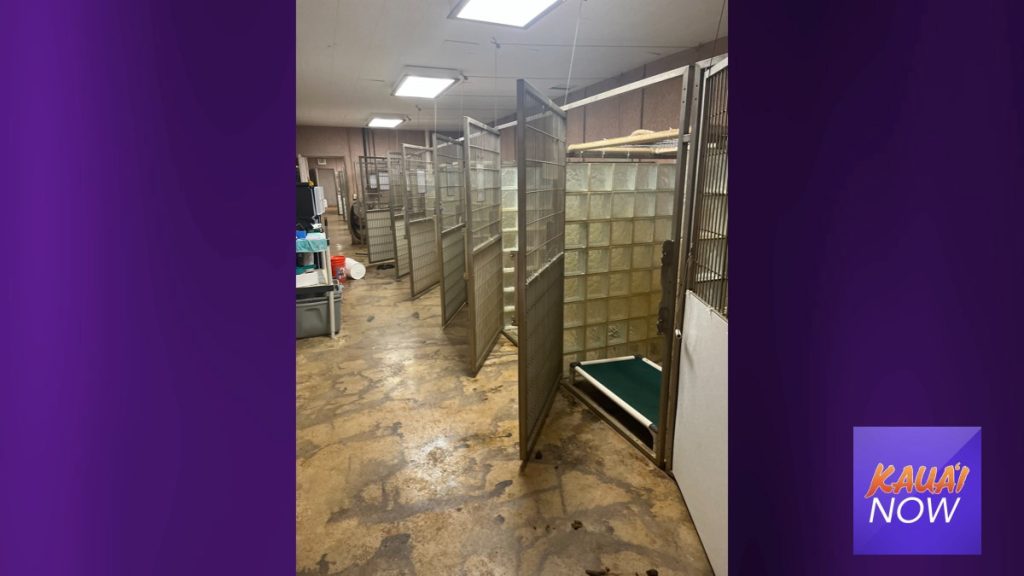 Kaua‘i Humane Society is seeking donations after all dogs were let loose after a break-in at the shelter over the weekend.

According to a KHS Facebook post, staff arrived at the shelter to start work Sunday morning, Aug. 14, and found 20 dogs loose in the parking lot. The remaining 55 dogs at the shelter were found loose or hiding inside the building, with the exception of two that were found dead on the highway near the entrance of the shelter.

“Nothing was stolen from the shelter,” KHS stated in its Facebook post. “This was purely an act of cruelty.”

Other than a few puncture wounds to a couple of the dogs, the remaining animals were all found safe and were given a full day to decompress and be under medical observation.

“The death of the two dogs is heart-breaking. As an animal shelter, our goal is to provide safe refuge for all animals who enter our care,” KHS stated. “We have protocols and checks in place to ensure the safety and well-being of all animals in our care. We never would have imagined something like this could happen and we are so sorry for the loss of these pets.”

KHS stated the criminal(s) broke a window to enter the building, and the security system currently in place did not trigger.

“We are in the process of having our system evaluated to find out why it did not go off, as well as looking into an improved security system with cameras,” KHS stated. “We have also hired a patrol to watch over the shelter during off hours until the new system is installed.”

KHS said this incident could have been a lot worse.

“We are grateful that a majority of the animals are completely fine, just a little shaken, but on the same note, this was a very stressful event for the shelter pets, and this event comes at an unfortunate time for KHS,” the nonprofit stated. “We have been doing our best this year to manage an increased animal population within the shelter, decreased adoptions, staffing shortages, covid, and a plethora of other obstacles these issues have presented.”

The KHS board is offering a $20,000 reward for information resulting in the conviction of the criminal(s). Anyone with information about the incident is asked to call Kaua‘i Police Department’s non-emergency number at 808-241-1711.