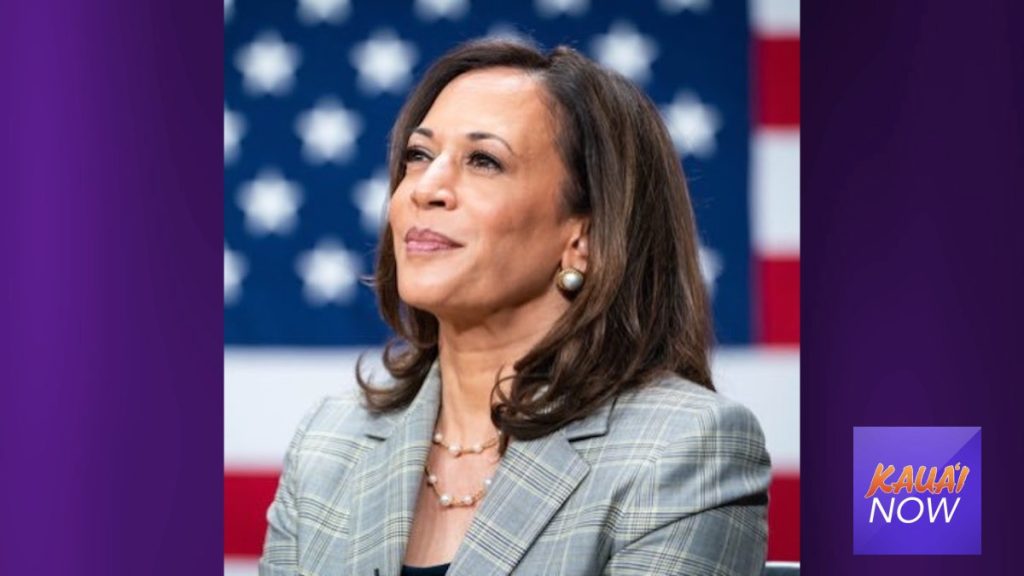 Sources tell HNN that Air Force 2 touched down at the Līhu‘e Airport. Details on her trip were not publicly announced, though sources say she will be on vacation for more than a week, HNN reports.

Management at the Lihue airport was not able to confirm if Air Force 2 had landed. However, one Twitter account that automatically tracks military aircraft found that AF2 departed LAX after 8 a.m..

State officials have not released details on road closures, though residents can expect temporary closures when the motorcade is on the move. Sources tell HNN she is staying on the island’s North Shore at an undisclosed location.

County officials tell Kaua‘i Now they do not have any information on Harris’ visit nor any plans that involve Mayor Derek Kawakami.