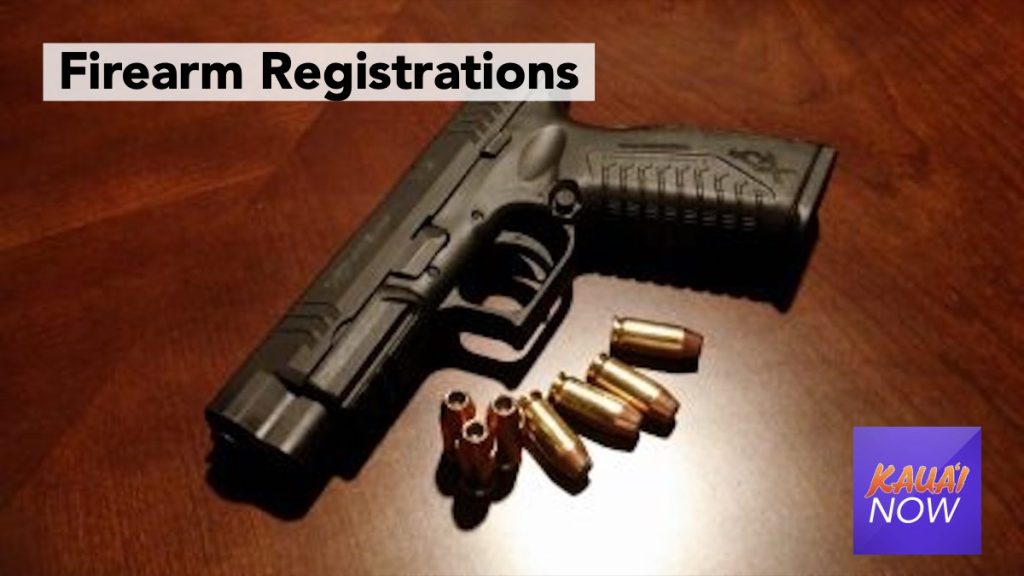 Kaua‘i County saw an increase in firearm permits processed, registered firearms and imported firearms last year, according to data released by the Department of the Attorney General.

The second reason for denial was for mental health related issues, with 185 applications rejected.

Record high tallies of firearms registered and imported, and permit applications processed, were reported in 2021 for Maui County.

Hawai‘i’s county police departments also process permit applications for the carrying of firearms in public. Statewide in 2021, 124 employees of private security firms applied for and were issued carry permits, and one was denied. Two applications filed in Kaua‘i County were the only ones approved.

View the full report below.

Firearm Registrations in Hawaii 2021 by Tiffany De Masters on Scribd