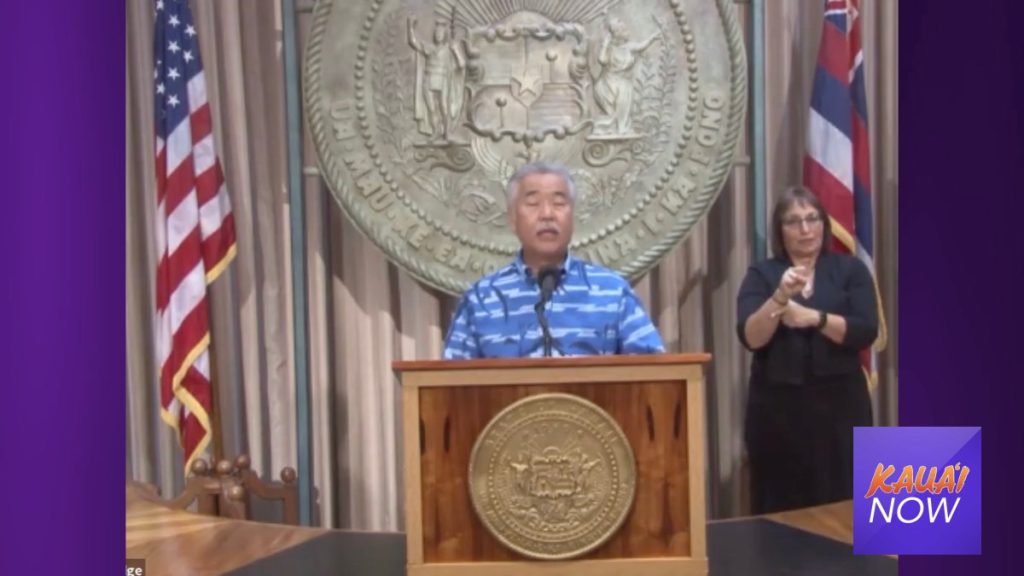 Hawaiʻi is set to receive $78 million in opioid settlement funds as part of $26 billion in nationwide settlements to resolve lawsuits against the three largest drug distributors and one of the largest drug manufacturers, Johnson and Johnson.

On Tuesday, Gov. David Ige held a press conference to announce his plan to form an advisory committee, comprised of state and county leaders, to assess the needs of each county and determine the recommended use of the funds. Additionally, the assessment will look at the current capacity of drug treatment centers, identify the gaps and focus on education and prevention.

The state and each one of the counties have agreed to use 85% of the opioid settlement funds on consultation with the advisory committee composed of equal numbers of state and county representatives. Monies will go toward opioid treatment, prevention, education, as well as other abatement measures and strategies. Each year, at least 15% of the state’s total settlement will be spent at the local level, and each county will determine how its respective share is dispersed.

“Too many of us know children, spouses, neighbors, or colleagues who are suffering every day from the impacts of drug addiction and misuse,” said Ige. “I want to thank our mayors and our community, healthcare and government stakeholders who have come together to help the people of Hawaiʻi. Our efforts will be successful because all stakeholders are working closely together to achieve success.”

Ige said fatalities from drug poisonings have outpaced auto accidents in Hawaiʻi this year. Nationwide, 140 Americans die every day from overdoses, with 91 caused by opioids, according to the Centers for Disease Control and Prevention.

Hawaiʻi’s portion of these settlements was determined by a formula that takes into account the population and impact of the opioid crisis in the state. The $78 million includes approximately $63 million over 18 years from the settlement with the three major distributors and $15 million over nine years from the Johnson and Johnson settlement.

“We are grateful to Gov. Ige, the Attorney General’s office, our county attorneys, our healthcare providers, and our entire community for holding these major pharmaceutical companies accountable and coming together to find a path forward in response to Hawaii’s opioid crisis, said Kauaʻi Mayor Derek S. K. Kawakami. “This resolution will directly benefit each of our communities across the state, touching the lives of our families, friends, and loved ones. Addiction is a lifelong struggle, one that must be conquered daily. But today’s announcement gives families hope that help is coming, and more will be done to prevent others from facing the devastating impacts of opioids and other prevalent drugs.”

Other anticipated settlements with major drug makers will contribute millions more to the state and counties’ abatement efforts. In addition, cases against and investigations into other opioid actors are ongoing, and Hawaiʻi could see millions more when these are concluded.

“The opioid crisis in our state is very real and has ruined the lives of thousands of people,” said Honolulu Mayor Rick Blangiardi. “This settlement is a major step forward in helping those who battle addiction on a daily basis and will be instrumental in preventing the tragic impacts of opioid misuse. We hear these stories of addiction and overdose far too often – enough is enough. I’m proud to join the Governor and the other county mayors as we work collaboratively to protect our communities.”