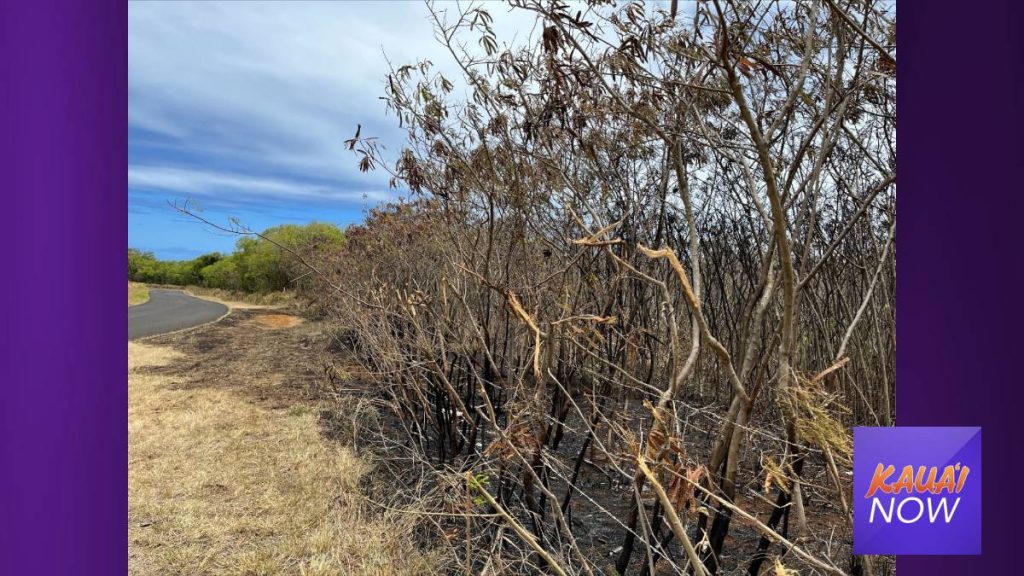 A Kaua‘i firefighter was injured after falling on a tree Sunday, July 24, while responding to a brush fire in Kealia.

According to a preliminary report, at about 5:50 p.m. Sunday, Kaua‘i Fire Department firefighters were dispatched to a brush fire on Kealia Road. Firefighters arrived at the scene and discovered a fire in a 20-by-60-foot area, observing a mixture of brush, car tires and trash. Because a fence obscured access to the fire, firefighters had to cross over it to get to the fire.

Once the blaze was extinguished, one of the responding firefighter sustained injuries after crossing the fence and descended on a haole koa tree, puncturing his body. KFD personnel on the scene treated the firefighter until medics arrived.

The firefighter was transported to Wilcox Medical Center in Līhuʻe and is currently in the intensive care unit. He is expected to make a full recovery.

Personnel with the Kaiakea fire station responded to the fire, and medics with American Medical Response were quickly on the scene to treat the injured firefighter. The scene was cleared at approximately 6:30 p.m.

The cause of the fire is under investigation.

“I want to thank our first responders for responding quickly, extinguishing the fire and saving the life of their fellow firefighter,” said Kaua‘i Fire Chief Michael Gibson. “This fire put our firefighters at significant risk and almost claimed the life of one of our own.”

Dry conditions accelerate the growth and spread of brush fires. To prevent fires, the KFD Fire Prevention Bureau advises the public to maintain an effective firebreak within 30 feet of a home by clearing away vegetative growth and combustible items.