Darby to Bring High Surf, Rain to Big Island as it Passes South 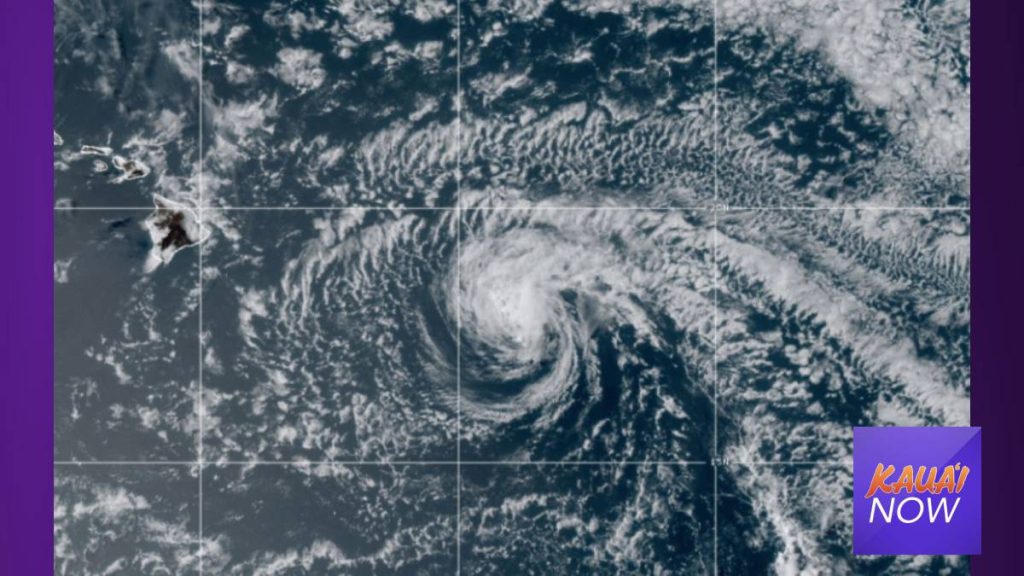 The Big Island’s fight against cancer will continue — tropical storm or not.

Relay For Life of the Big Island is battening down the hatches and preparing to weather any impacts from Tropical Storm Darby as organizers get ready for the first in-person Relay event on the island in two years.

Vanessa Carlson, development manager with the American Cancer Society West Region who helps organize Relay For Life of the Big Island, said Friday afternoon, July 15, that the event is still on for 5 p.m.-midnight Saturday, July 16, at Francis Wong Stadium in Hilo.

Carlson said Hawai‘i County Civil Defense Administrator Talmadge Magno advised the event take no more precautions than the general public as far as Darby is concerned. She spoke with him Thursday, July 14, and said he recommended making sure tents and other items and equipment were tightly secured.

“You know, rain, Hilo?” Carlson told Big Island Now on Friday afternoon. “What’s 3-5 inches of rain? We’ve had years where we got completely rained out, puddles everywhere. The fight still went on.”

She’s been “living” at the stadium for the past couple of days to get the facility ready for Saturday’s Relay and said she did have some team members ask earlier in the week about Darby and if the storm would affect plans. While no plans have changed, Carlson said organizers are taking guidance from Civil Defense.

“If we get told to shutdown tomorrow by Civil Defense, it is what it is,” she said, adding the event would be rescheduled if that were to happen.

A bright blue sky greeted Hilo on Friday morning, but as the day wore on, the east-southeast horizon looking from Kaumana Drive to Hilo Bay gradually filled with clouds. Only a few blue spots could be seen by shortly after 2:30 p.m. through mostly overcast skies.

The storm, which as one point was a major hurricane, has steadily weakened for the past few days, becoming a tropical storm overnight Thursday. It had maximum sustained winds near 45 mph with higher gusts late Friday afternoon. Tropical-storm-force winds extended outward from the storm’s center up to 60 miles.

Meteorologist Joe Clark with the Honolulu Forecast Office of the National Weather Service and Central Pacific Hurricane Center told Big Island Now on Friday via email that the forecast hasn’t changed much during the past couple of days. The Central Pacific Hurricane Center’s public advisory said Darby is expected to continue weakening, with the remnant center of the storm still forecast to pass south of the Big Island on Saturday and dissipating on Sunday.

“As this occurs, the trades will strengthen and the windier locations in Maui County and on the Big Island may see sustained winds around 30 mph or gusts as high as 50 mph,” Clark said.

A high wind advisory will go into effect at 6 a.m. Saturday for Big Island summits and the summit of Haleakalā on Maui and continue through 6 p.m. The National Weather Service said the summits are forecast to see southeast winds of 35-45 mph, with localized gusts of around 55 mph.

“The windward side of the Big Island will see showers increase through Saturday morning, becoming heavy at times by late morning through the afternoon,” Clark added.

He said widespread flash flooding is not expected; however, nuisance flooding in susceptible areas will be possible. There is also a chance for thunderstorms Saturday.

Elevated surf of 8-12 feet along east-facing shores because of Darby can also be expected Saturday, with a high surf advisory likely to be issued for those shores on the Big Island. The National Weather Service in Honolulu on Friday morning also issued a tropical storm warning for waters around the state in anticipation of the storm’s arrival.

“Darby will mainly affect the windward side of the Big Island, where the heaviest rain and the storm’s associated surf will be focused,” Clark said, adding the effects of the storm will be confined to Saturday, especially midday through the evening.

Civil Defense added high tide in the late afternoons this weekend could add to any coastal flooding issues and that the Big Island could see 2-4 inches of rain and breezy trade winds, with higher gusts in the South Point area.

While the forecast for impacts from Darby has pretty much been consistent during the past few days, along with the storm’s relative track, there is always a chance it could shift. Clark said Darby has shown a tendency to remain on the northern end of expectations.

“With every incremental adjustment north, the outcome for the Big Island on Saturday becomes slightly windier — for the typical windier areas — and wetter for windward zones,” he said. “With that said, it is unlikely that Darby deviates from expectations in significant fashion. Thus, while there is still room for expectations to change based on Darby’s exact track, the overall flavor of Saturday’s weather for the Big Island should remain the same.”

While Darby churns to the south of the island and brings rain, surf and wind with it, a separate, unrelated storm in the Southern Hemisphere is also generating a large southern swell that will affect south-facing shores this weekend.

Clark said the largest swell the state has experienced in years is anticipated this weekend.

The National Weather Service on Friday afternoon issued a high surf warning for all of the state’s south-facing shores. The warning goes into effect at 6 a.m. Saturday and will continue through 6 a.m. Monday, July 18. The advisory message from the weather service said a historic south swell will produce dangerous waves along south-facing shores this weekend.

“This swell will build all day Saturday and peak at high surf warning levels Saturday night through Sunday night, then slowly decrease through the first half of next week,” the advisory message said.

Surf will build to 10-14 feet during the day Saturday, then increase to 12-16 feet with occasional sets of up to 20 feet Saturday night through Sunday night.

“When in doubt, do not go out,” the advisory message said.

The county and state announced Friday afternoon that they were closing several beach parks along the island’s south shores in anticipation of the historic high surf this weekend. The situation will be reassessed Sunday, July 17, but with the swell continuing through Sunday and the possibility of debris in the parks, there is a chance they could remain closed until Monday, July 18.

“We’re asking residents, particularly our surfers, boaters and ocean gatherers, to exercise extreme caution along southern shores this weekend,” Mayor Mitch Roth said in a news release. “The swells accompanied by the remnants of Hurricane Darby may cause unpredictable ocean conditions that could lead to serious harm. We don’t want to lose any of our loved ones and ask that folks don’t go out when in doubt.”

Click here for tips on hurricane and tropical storm preparedness.