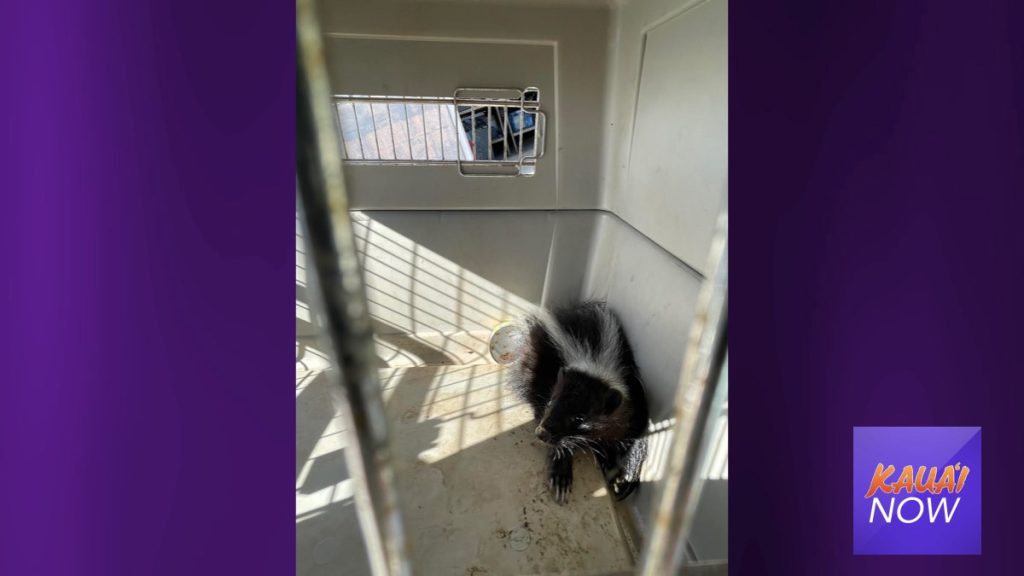 The skunk was spotted on the dock and stevedores used a fishing net to capture the animal and contained it until agricultural inspectors from the Hawai‘i Department of Agriculture picked up the animal at about 7:30 a.m. The skunk was determined to be a young male and is being tested for rabies.

The container ship that was docked at Pier 1 arrived yesterday morning and was carrying cargo that originated from Canada, Mexico, U.S. and possibly other foreign ports. The ship left port later this morning and is headed to Kahului Harbor where personnel have been advised to look out for other possible stowaways.

As a precaution, agricultural inspectors have deployed traps at Pier 1 in case there are more hitchhiking animals on the dock.

Skunks are prohibited in Hawai‘i and are only allowed by permit for research and exhibition in a municipal zoo. Skunks inhabit the U.S., Canada, South America, Mexico and other parts of the world. In the U.S., they are recognized as one of the four primary wild carriers of rabies, a fatal viral disease of mammals that is often transmitted through the bite of an infected animal. Hawai‘i is the only state in the U.S. and one of the few places in the world that is free of rabies.