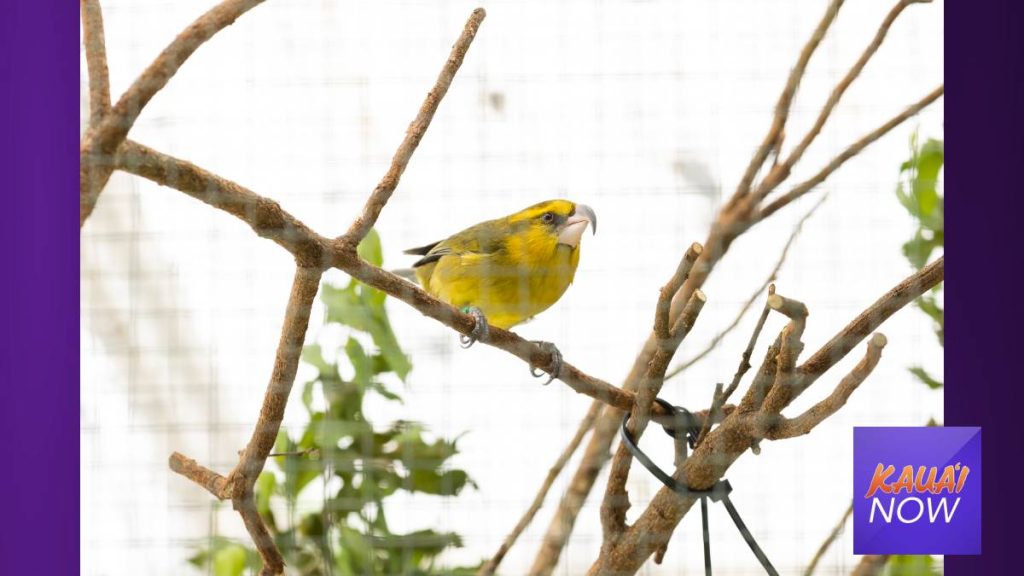 An unprecedented $14 million for Hawai‘i ecosystem restoration is included in the Bipartisan Infrastructure Law, described as a major investment in the conservation and stewardship of America’s public lands.

“Several species of native Hawaiian forest birds are on the verge of extinction, possibly within the next two years. This federal funding could not come at a better time and will add significantly to projects and efforts already underway to try and save species, like ‘akikiki and kiwikiu from vanishing forever,” said Gov. David Ige.

According to the U.S. Department of the Interior, which will administer the law’s $1.4 billion for Ecosystem Restoration and Resilience, this amount…“is a significant down payment in protecting our shared natural heritage.” The DOI funding announcement comes after federal and state conservation officials revealed the results of a bio-cultural study that describes the near-future extinction plight facing four Hawaiian honeycreeper species.

“When faced with such bleak prospects for our beloved honeycreeper species, there are certainly no guarantees,” commented DLNR Chair Suzanne Case. “However, the federal infrastructure aid targeted at preventing the extinction of these forest birds is a clear demonstration that the federal administration and lawmakers recognize the urgency with which we must use every tool available now, and in the future, to ensure the natural and cultural resiliency of our forest birds.”

The report indicated that without intervention the birds have grim prospects. There are many fewer of these birds when compared to the last two decades, and even the previous few years. Their available range has been significantly reduced as species move higher into the mountains to escape mosquitoes.

Avian malaria, carried by mosquitoes, is wiping out birds. Both the disease and the mosquitoes that carry them are not native to Hawai`i. Already a large group of government agencies and conservation organizations has banded together in the Birds, Not Mosquitoes working group to develop a program to introduce incompatible male mosquitoes into the habitats of ‘akikiki and ‘akeke‘e on Kaua‘i, and kiwikiu and ‘ākohekohe on Maui, to suppress the populations of wild mosquitoes and to engage with local communities on this issue.

“With an estimated 45 ‘akikiki remaining in the wild on Kaua‘i, and 135 kiwikiu left in the wild on Maui, it’s easy to see we have daunting and urgent work ahead of us,” said Dr. Lainie Berry, Wildlife Program Manager for the DLNR Division of Forestry and Wildlife. “This tremendous level of additional federal dollars will go a long way toward supplementing and increasing earnest efforts already in place to save these species; as well as the ‘akeke‘e and ʻākohekohe, whose wild population numbers are slightly higher.”

Dr. Chris Farmer is the Hawai`i Program Director with the American Bird Conservancy and helps facilitate the Birds, Not Mosquitoes initiative.

“We have a huge group of scientists, conservationists, land managers, and others from non-profit, private, and government organizations engaged in a collaborative process to break the avian disease cycle and save these birds as quickly as we can. We can only do that by controlling non-native mosquitoes where our honeycreepers have their last mountain refuges,” Farmer said.

“With climate change moving mosquitoes to higher and higher elevations, the loss of more native species is imminent without clear action,” said Ulalia Woodside, the Hawai‘i and Palmyra Director for The Nature Conservancy, a core partner in the Birds, Not Mosquitoes effort. “The millions in extra funding will support the development and implementation of the tools needed to give these endemic Hawaiian birds a fighting chance.”