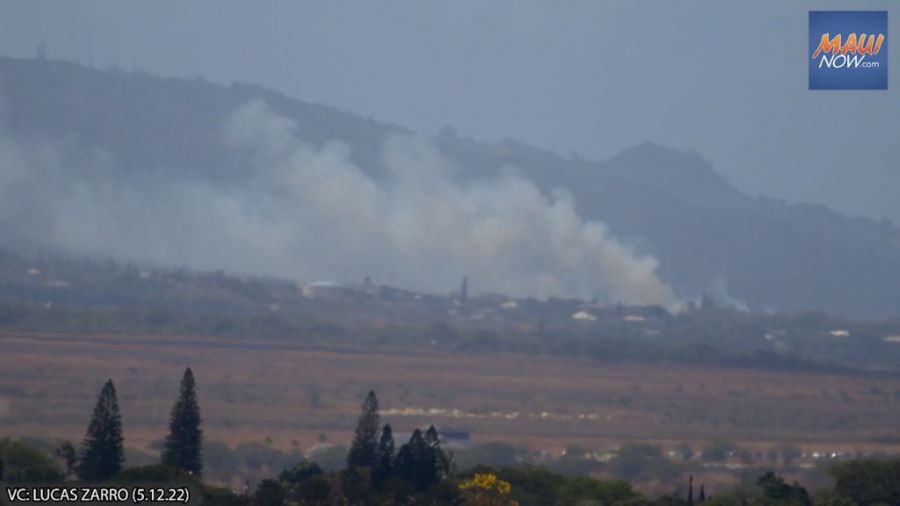 Maui Fire Department confirmed that the seven fire calls today between a 90-minute time span in Central Maui are suspicious in nature and under investigation, Mauai News Now reported.

Fire Services Chief Rylan Yatsushiro in a news release Thursday evening said that no injuries or damages have been reported as a result of six fires between 1 and 2:30 p.m. on Thursday The seventh fire was reported but when crews arrived on scene, no fire was found.

Five fires were extinguished by the afternoon, and one fire in macadamia nut fields mauka of Kahekili Highway was 90% contained, the outlet reported.

During the press briefing Thursday afternoon, Mayor Michael Victorino said police and fire officials have video and other footage of a vehicle that has been seen at more than half of the locations, a partial plate number and a description of a couple individuals.

“I’ll warn these individuals: If you think you are going to have fun on our behalf, be careful because we will press the fullest extent of the law to make sure you’re punished accordingly,” Victorino said. “Fires are not funny because homes, businesses and lives are put in jeopardy. Our firefighters are out there, are helicopters are up in the air, something goes wrong and somebody is hurt or killed, that’s not funny anymore.”