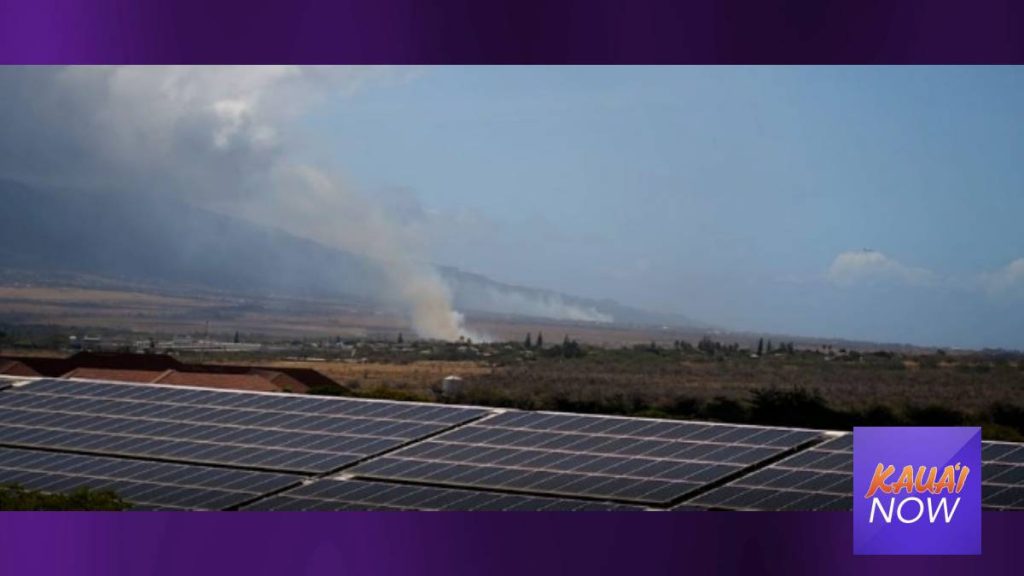 Unconfirmed reports to Maui Now are saying fire crews are battling at least a half-dozen different brush fires of varying sizes in Central Maui, and officials think the blazes are being intentionally set.

According to the Maui Now story, the fires resulted in the temporary closure of Kahekili Highway in Wailuku and Maui Veterans Highway in Puʻunēnē. There were also evacuations on Kamaile Street in Wailuku Country Estates earlier this afternoon. Crews were also called to ʻAmala Place in the vicinity of the Kanahā Wildlife Sanctuary for a brush fire there.

The blaze along Maui Veterans Highway is the largest of the fires; however, size estimates are pending release from authorities.

At about 4:11 p.m., witnesses told Maui Now that the highway is open, but traffic slows down near the Armory, where crews are still working to get the blaze extinguished. Maui police have since confirmed highway is open.

The update said there are no evacuations at this time, but advises the public to monitor information and be prepared. The public should avoid fire areas, expect road closures and slowed traffic as safety vehicles and personnel operate equipment.

According to MEMA, residents in the area should be prepared for possible power outages and road closures and be ready if public safety personnel determine evacuations are necessary.