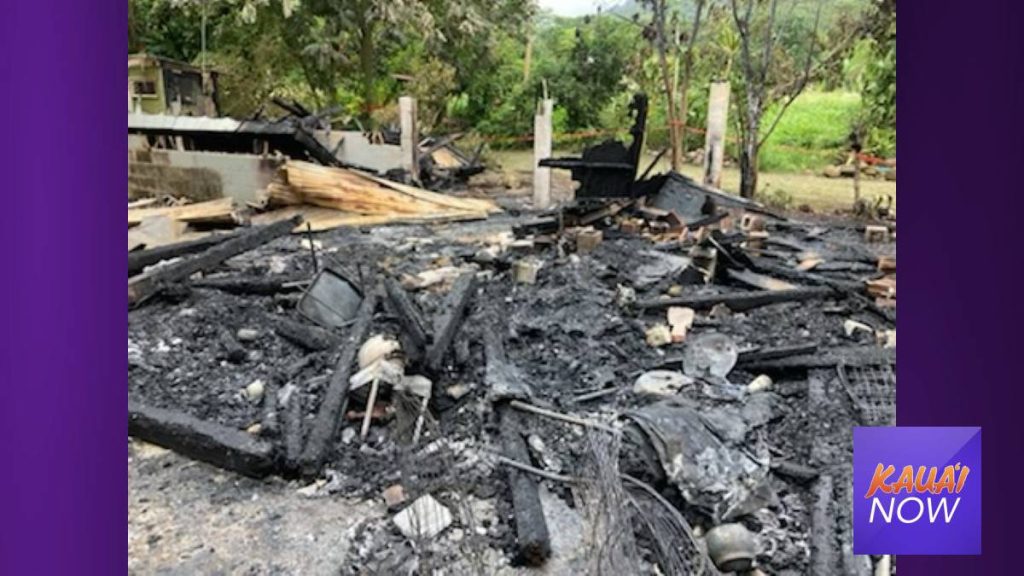 A fire in Wainiha Monday evening displaced one resident.

No injuries were reported.

Firefighters responded to a report of a structure fire in Wainiha on Alaeke Road at approximately 10:10 p.m. on Monday.

According to a preliminary report, Hanalei fire personnel arrived on scene and discovered a small, single-story residential structure fully engulfed in flames at approximately 10:25 p.m. Firefighters engaged in a defensive strategy until the fire was contained. Kaiakea and Līhu‘e firefighters and Rescue 3 arrived on the scene shortly after to assist with the extinguishment of the structure.

The scene was cleared at approximately 1:50 a.m. on Tuesday.

Personnel from the Līhu‘e, Kaiakea, and Hanalei fire stations; Rescue 3; the on-duty battalion chief; the Kaua‘i Police Department; and the KFD Fire Prevention Bureau responded to the incident.