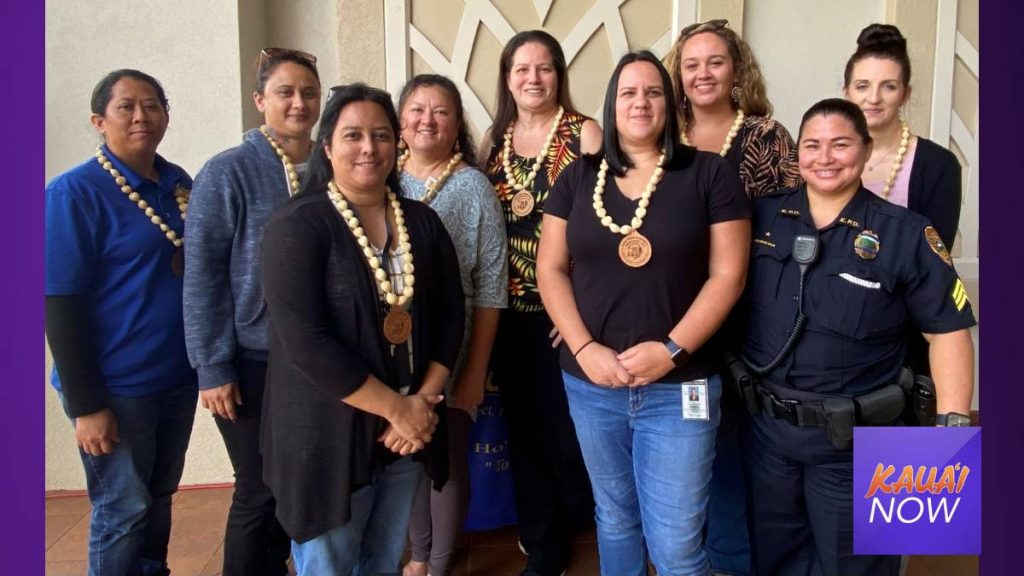 The first responders who work mostly behind the scenes are being celebrated this week for their hard work and dedication.

The Kauaʿi Police Department is honoring its dispatchers during National Public Safety Telecommunicators Week. During a ceremony Monday, April 11, KPD Emergency Services personnel were honored for their efforts.

“Today we are here to celebrate and recognize each of you, as well as honor and respect the work you do every day as our island’s first, first responders,” said Police Chief Todd Raybuck in a news release. “Without you, calls from those in need would go unanswered and the dispatches to our police, paramedics and firefighters would go unsent. On behalf of every person who has called during a time of need, and all first responders around the island, mahalo nui for the work you do to help save lives, provide a calm voice in chaotic times and make our community a better place to live.”

“Like other first responders, they miss holidays, birthdays, family and school functions, yet they never hesitate to jump into action when called upon,” said Sgt. Stacy Perreira, who oversees the communication center, in the news release. “Our dedicated dispatchers are the voices that assure rapid response by police, fire and medical personnel in the midst of all emergencies and are often overlooked in the critical role that they play in coordinating first response and lifesaving efforts. They are the lifeline that ensures the continued protection of our citizens and frontline responders. They are the calming voice in the midst of chaos and the faceless voice on the other end of calls to 911, and we are proud of their daily sacrifices to serve the Kauaʿi community, both kamaʿāina and visitors, alike.”

KPD’s Public Safety Answering Point, more commonly referred to as dispatch, received about 129,000 calls last year, of which about 60,000 generated calls for service, according to the news release.

National Public Safety Telecommunicators Week is an event, observed the second week of April. According to the release, the week is an effort to express gratitude toward telecommunicators in the public safety sector who dedicate their work to serving the community.