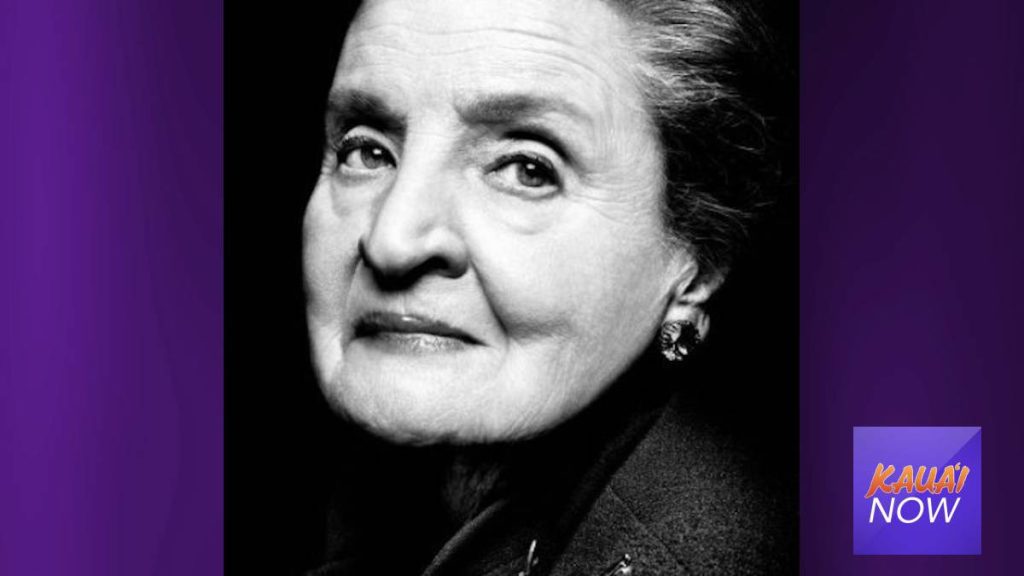 Madeleine Albright, the first female U.S. secretary of state, has died of cancer, her family confirmed today. She was 84.

Albrightʻs family released a statement on Twitter. It indicated she was surrounded by family and friends when she died.

President Bill Clinton chose Albright to serve as secretary of state in 1996, and she served in that capacity for the last four years of the Clinton administration. At the time, she was the highest-ranking woman in the history of U.S. government.

Hawaii U.S. Sen. Brian Schatz described Albright as a “towering figure in American and world history,” but he knew her as family.

“She is my oldest brother’s mother-in-law, and when I came to Washington, we became friends. Actual friends,” Schatz stated. “She was thrilled to have a politician in the family, and wanted to be helpful without casting a long shadow, so she discreetly asked her friend Senator Barbara Mikulski to keep an eye out for me.”

Schatz said Albright was a tireless and sharp political strategist, “the kind of person who would watch C-SPAN for fun, who was endlessly fascinated by politics at all levels, from municipal elections to the United Nations.”

Schatz remembers his long talks with Albright about everything, but about their shared loves, family and politics.

“But most of all I will remember Grandma Maddie, who was kind and curious with my kids, taking us out to dinner in Georgetown, and being one of the most giving, decent human beings that I have ever known,” Schatz said. “May her memory be a blessing.”