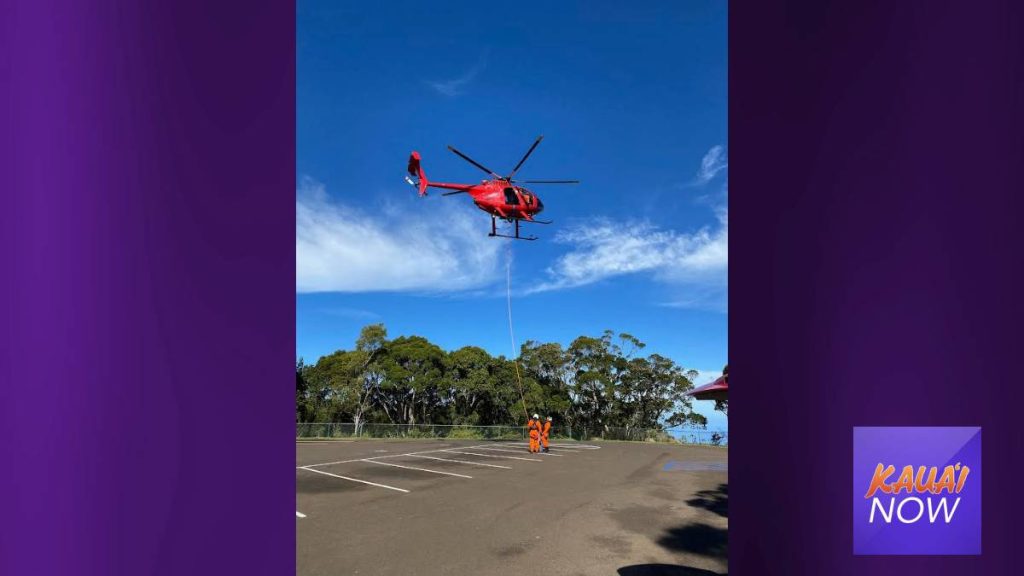 A multi-agency search and recovery operation was conducted Monday in Kōke‘e, for an overdue Civil Air Patrol plane that crashed late Sunday afternoon.

Kaua‘i police have confirmed that the two individuals who were on the flight, one pilot and one co-pilot, did not survive the crash. They have been identified as James Degnan, age 76, of Princeville, and David Parker, age 78, of Kapa‘a.

At approximately 3:15 p.m. on Sunday, first responders were dispatched to the Kalalau Lookout, in Kōke‘e, after receiving reports of a possible aircraft crash in the area.

Waimea firefighters responded to the scene where several witnesses stated they saw an airplane flying low in the area before hearing a crash. While Rescue 3 personnel aboard Air 1 began their search, firefighters on ground spoke to other hikers and were able to narrow the search area between the Kalalau and the Pu‘u o Kila lookouts in Kōke‘e.

Soon after, Rescue 3 aboard Air 1 located the crash site in a remote area, a few thousand feet below the Kalalau Lookout. They were able to obtain visual confirmation of the fatal crash. However, due to dangerous weather conditions and low visibility, officials could not safely continue their recovery efforts, and operations were suspended Sunday evening.

A multi-agency operation was launched at first light Monday morning, with officials from the Kaua‘i Police Department, Kaua‘i Fire Department, state Department of Land and Natural Resources-Division of Conservation and Resources Enforcement (DLNR-DOCARE), and DLNR Division of State Parks.

At approximately 10 a.m., police and fire officials recovered the bodies of the two pilots.

“We extend our sincere condolences to the loved ones of James and David, and our partners over at the Civil Air Patrol, whom we work with closely,” said KPD’s Investigative Services Bureau Assistant Chief Bryson Ponce. “These individuals were seasoned pilots who were part of our Kaua‘i community, and we know they will be missed deeply.”

“We are deeply saddened by the news of this terrible incident, and extend our heartfelt condolences to the families and friends of these pilots who were well known in our tight-knit community,” said Mayor Derek S.K. Kawakami. “The Civil Air Patrol has always been there to help our community during disasters and emergencies. We thank our first responders for working urgently and doing everything they could to bring a sense of closure for those touched by this tragedy. Our thoughts and prayers will continue to be with you all.”

The scene of the crash has been turned over to the National Transportation Safety Board and Federal Aviation Administration for further investigation.

According to a preliminary investigation, the Civil Air Patrol plane was a Cessna 172 Skyhawk conducting monthly tsunami warning practice runs.

Autopsies are pending to determine the cause of the men’s deaths.