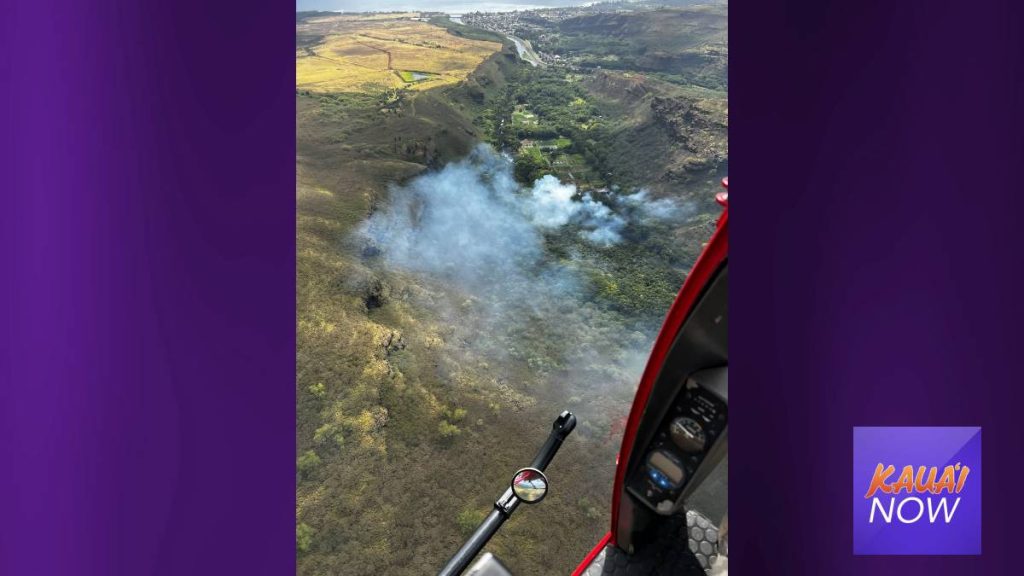 No injuries or damages to structures were reported.

According to a preliminary report, firefighters were dispatched at approximately 3 p.m. for a brush fire in Makaweli Valley. Once on scene, Waimea firefighters confirmed heavy smoke in the valley and an area of brush and grass burning rapidly.

Firefighters from the Hanapēpē and Līhu‘e fire stations, along with the on-duty battalion chief, soon joined the effort. Responding ground crews consisting of multiple trucks, engines, and a water tender, were soon assisted by Rescue 3 personnel aboard Air 1.

Through suppression operations utilizing a float pump and water line, along with ongoing water drops, firefighters brought the blaze under control. The fire was fully extinguished, and crews cleared the scene at approximately 6 p.m.

Roughly 1.5 acres were scorched as a result of this fire.

A preliminary investigation reveals that the fire began as a controlled agricultural burn.