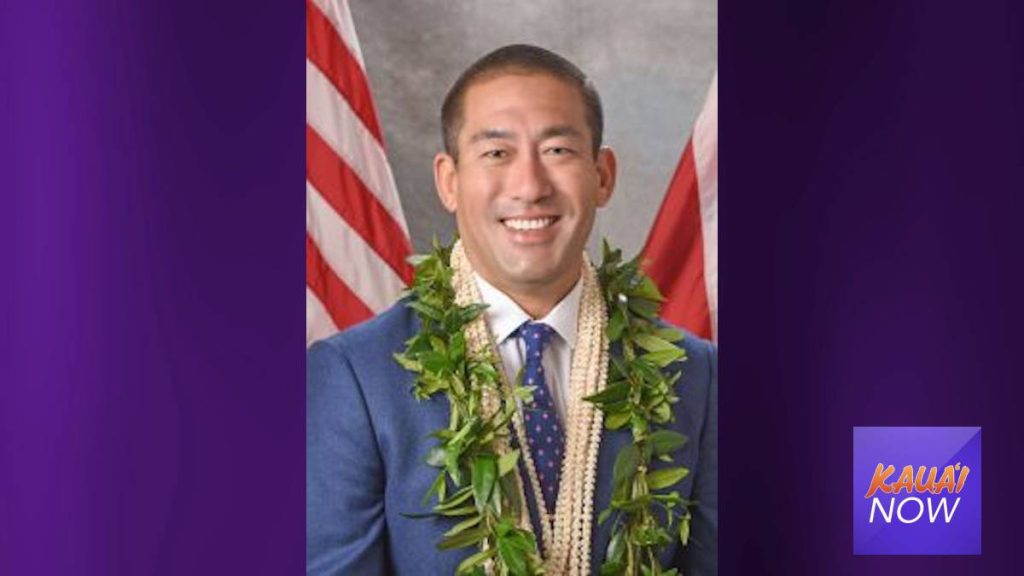 In his fourth State of the County Address, Kaua‘i Mayor Derek S. K. Kawakami pledged to continue investing in Kauai’s associates, infrastructure and community as a whole – foundations he promised to improve when he first took office.

This time around, as compared to his inaugural speech, the mayor had a track-record of proven successes to point to, and vowed to continue investing in the core principals that keeps the island strong.

“When I look back at the past three and a half years, I never would have imagined the responsibility that came with this job,” Kawakami said. “Yet, I feel so fortunate to have been called to serve during this time I am grateful we are at a point where we can see the light of hope, and remain cautiously optimistic that the post-COVID era is just around the corner.”

To add detail to his vision, the mayor also released the county’s proposed budget for the 2022 fiscal year. The plan includes increased revenues in certain areas without raising fees or property tax rates. In total, the county is expecting a $260.2 million fiscal plan, with nearly $49 million allocated toward capital improvement projects.

“We will explore our current financial picture and present our plan to invest wisely in our associates, our infrastructure, and our community,” Kawakami said. “Our proposed budget is structurally-balanced and aims to make headway in decades-old deferred maintenance and infrastructure needs, all while avoiding additional general obligation debt or raising tax rates.”

Revenue projections include a transient accommodations tax of 3% that the County of Kaua‘i implemented to become independent of what decisions are made at the state level pertaining to the state’s TAT program, which has been withheld from counties of late. While tax rates didn’t rise, real property tax assessments did, meaning an additional $30 million in revenue is expected this year compared to last. The county also refinanced general obligation bonds to take advantage of low interest rates, saving an anticipated $2.4 million over the life of those bonds and $450,000 this year.

Those monies, the mayor said, will help the island better “plan for long-term.”

The crux of the improvements will go toward systems, infrastructure and planning investments.

This year, the county plans to implement the final touches on its new human resources system, which was 40 years old when the mayor took office. Nearly $5 million in improvements to the Hanalei Baseyard will be completed and first responders will have new vehicles and equipment as part of the plan. The police department will receive two new specialized training officers and a new, dedicated training facility.

“Investing in our associates is just a start,” Kawakami said.

A bulk of the 49 million for capital improvement projects, projects the mayor said the county needed more so that wanted, addressing deferred maintenance in a number of instances.

A priority will be to study and identify a new location for a landfill as Kehaha is reaching capacity, and the bus baseyard will see nearly $5 million in improvements. Around $15 million is tabbed for road resurfacing projects islandwide. Another priority will be to continue to develop Routes to Schools projects on the island’s west side, as will be more affordable housing development, such as the recent Waimea 400 project that was recently completed.

The mayor said he’s also looking forward to the completion of the Waioli Irrigation Stream Project on the north shore that was wiped out during 2018 flood.

A system project that was completed under the mayor’s term that he pointed to was the no-wait system now available at DMVs. Kiosk booths make transactions less restrictive for residents, and this year the county is planning to continue that by offering integrating the department of motor even more so they can accommodate all vehicle-type transactions at the windows.

Parks and Recreation programs will also see improvements. The isolation of the pandemic was perhaps toughest on the children, Kawakami said.

“Now more than ever, we must invest in our keiki,” he said.

Next month, the state’s first inclusive playground at Lydgate Park will open for children with disabilities. It was a promise Kawakami, who is vying for reelection, made to a group of mothers he met after first taking office.

“That day I made a promise and I’m proud of our parks team for getting it done,” he said.

“These children shouldn’t be forced into back alleys to skate like me and my friends were growing up,” the mayor said.

Another priority will be to open a adolescent-centered drug and rehabilitation facility.

The mayor called this budget a small window to improve existing infrastructure and the community while leaving the final days of the pandemic behind.

“Every day, we grew stronger,” he said of the waning pandemic. “Here we stand today, ready to build a foundation for the future.”