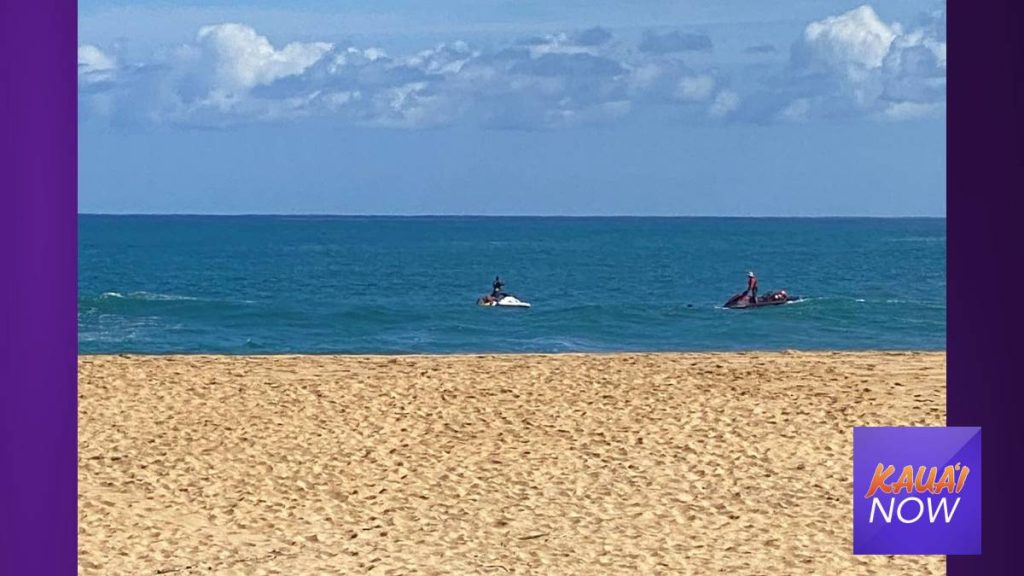 The search for a man from New Jersey who went missing Saturday, March 5, in waters off Lumaha‘i has been suspended.

According to a news release from the Kaua‘i Police Department, the active search for 25-year-old Matthew Preziose was halted Tuesday afternoon, March 8, pending any new information.

“I am sincerely grateful to all of the agencies and individuals who assisted in this operation,” said KPD’s Investigative Services Bureau Assistant Chief Bryson Ponce in the news release. “It is never easy conducting extensive search operations for missing swimmers during the winter season with dangerous surf conditions and strong currents, especially on Kaua‘i’s North Shore.”

Rescuers were dispatched about 1 p.m. Saturday after police dispatch received a report that two swimmers were in distress in waters off Lumaha‘i Beach, near Lumaha‘i River. Bystanders reported one swimmer made it safely to shore while the second swimmer, Preziose, was seen being swept out to sea.

Lifeguards with the North Roving Patrol Unit, Hanalei firefighters, Rescue 3 aboard Air 1, East Roving Patrol lifeguards on Jet Ski and the on-duty Kaua‘i Fire Department battalion chief responded to the scene and began an extensive search for Preziose — focusing from the reefs off Hā‘ena point to Hanalei Bay, with an emphasis on the Lumaha‘i Beach area. Officials from the U.S. Coast Guard also joined the search, using water and air assets.

The search resumed Sunday morning, March 6, and was led by KPD, KFD and the Coast Guard, with assistance from lifeguards and firefighters on Jet Ski, Rescue 3 aboard Air 1, assets from the state Department of Land and Natural Resources. Search efforts continued Monday, March 7, by land, sea and air, including the addition of scuba divers and the Ocean Safety Bureau, and were suspended Tuesday.

“This was an incredible effort, and we are appreciative of everyone who was involved,” said Ponce in the news release. “But most importantly, our hearts go out to Matthew’s family and friends during this difficult time. We also are humbled and grateful to a close friend of Matthew’s and a few of Matthew’s family members who flew to the island to observe the operation efforts conducted by the respective agencies’ search teams. We thank them for their kindness and thoughtful expressions of gratitude and appreciation for the team effort in attempting to locate Matthew.”