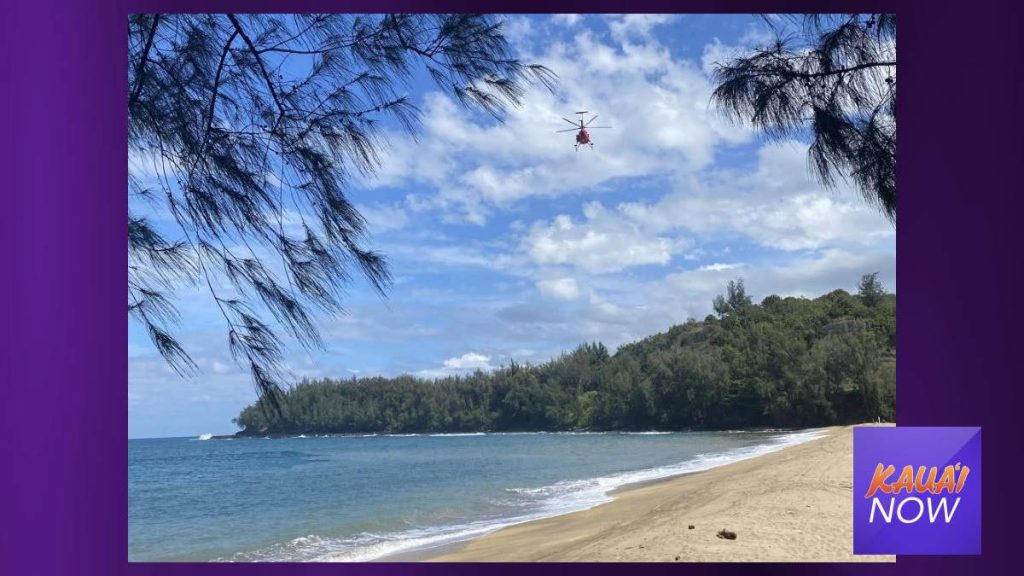 The Coast Guard stated Tuesday afternoon that it suspended the active search for a missing swimmer off Lumaha’i Beach.

“During this case our crews have worked closely with the Kaua‘i Fire Department, Kaua‘i Ocean Safety, Kaua‘i Police Department and Hawai‘i Department of Land and Natural Resources conducting 35 searches over 61 search hours and covering 652 square miles with no sign of Mr. Preziose,” said Petty Officer 2nd Class Jonathan Lackey, a Sector Honolulu watchstander. “These are always the most difficult decisions to make in our line of work and our condolences go to Mr. Preziose’s family and friends.”

Preziose is described as wearing dark-blue shorts, no shirt, and three gold chains. Waterway users are requested to keep a sharp lookout for signs of distress and anyone with information is requested to contact the Sector Honolulu command center at 808-842-2600.

At 1:07 p.m., Saturday, Kaua‘i County dispatch received a report from a good Samaritan at Lumaha’i beach who witnessed two swimmers in distress 200-yards off shore. One of the swimmers was able to make it back to the beach while the other remained missing.

First responders from the fire department, Kaua‘i Ocean Safety, police department, and the DLNR were also deployed to search and an incident command post was established.