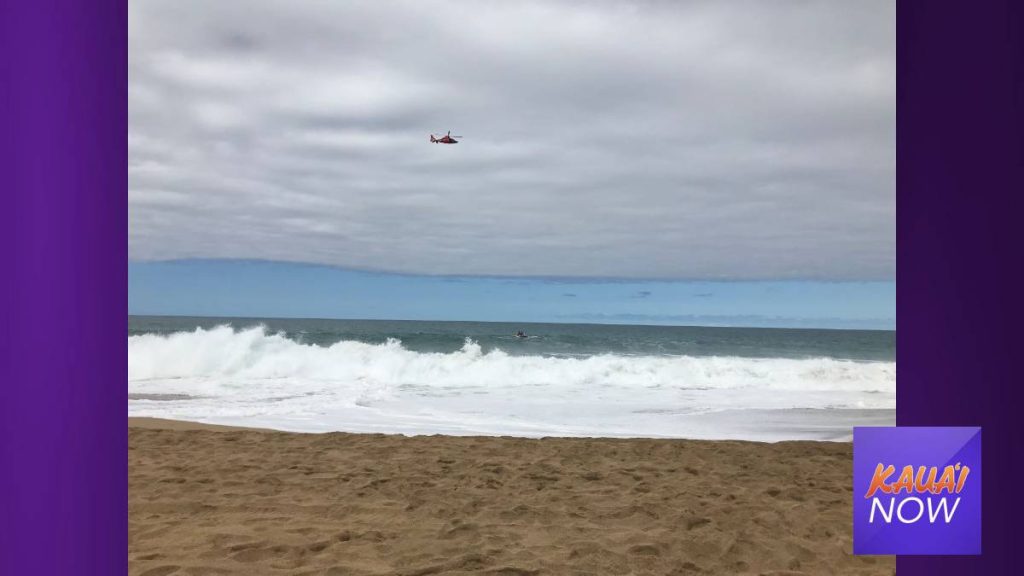 The search for a missing man off the North Shore continued Sunday, March 6.

Multiple agencies resumed search operations for a 25-year-old New Jersey man, identified by the the Kaua‘i Police Department as Matthew Preziose, who was swept out to sea Saturday, March 5, in waters off Lumaha‘i on the North Shore, according to a news release from Kaua‘i Fire Department.

According to a preliminary report, rescuers were dispatched shortly after 1 p.m. Saturday, when two swimmers were in distress in waters off Lumaha‘i Beach, near Lumaha‘i River.

Lifeguards with the North Roving Patrol Unit were first on the scene, where bystanders reported that one swimmer made it safely to shore while the second swimmer, Preziose, was last seen being swept out to sea, according to the news release.

Hanalei firefighters, Rescue 3 aboard Air 1, East Roving Patrol lifeguards on Jet Ski and the on-duty battalion chief also responded and began an extensive search for the missing man – focusing from the reefs off Hā‘ena point to Hanalei Bay, with an emphasis on the Lumaha‘i Beach area. Officials from the U.S. Coast Guard also joined the search, using their water and air assets.

Because of darkness, firefighters and lifeguards suspended their search at about 6 p.m. Saturday. Coast Guard personnel continued to search through the night, with no sign of the missing swimmer.

The search resumed Sunday morning with lifeguards and firefighters on Jet Ski, Rescue 3 aboard Air 1, Jet Ski assets from the state Department of Land and Natural Resources, along with air and water assets from the Coast Guard. Shoreline searches are also being conducted by the Kaua‘i Police Department and DLNR.

Updates about the search will be given as information becomes available.

Anyone with information about the missing swimmer is urged to call KPD dispatch at 241-1711.