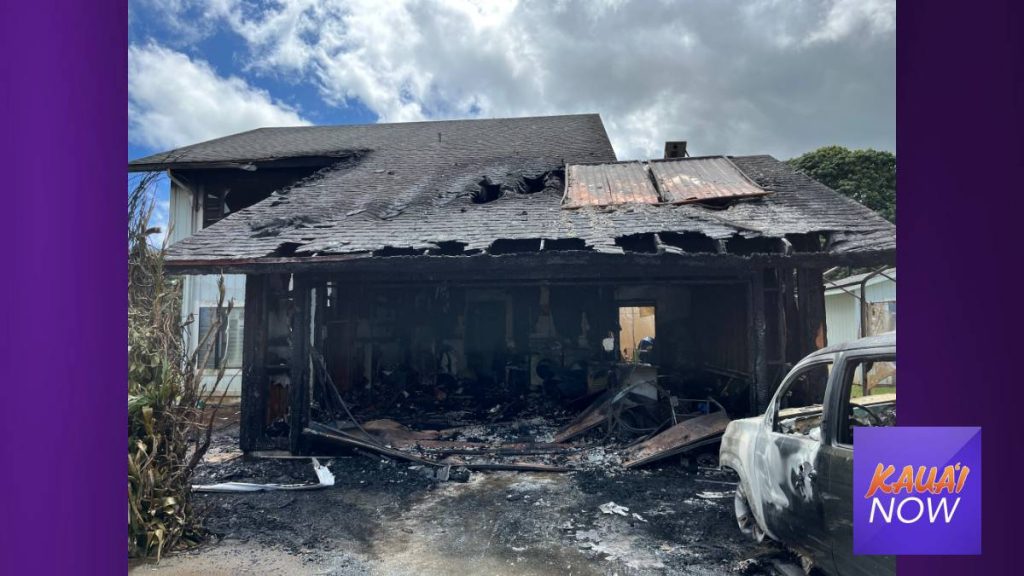 A fire caused nearly $500,000 in estimated damages and resulted in the death of two animals Saturday, Feb. 19, at a residence in Wailua.

According to a Kaua‘i Fire Department news release, Firefighters responded to a structure fire late Saturday morning that broke out in a two-story residence on Lokomaika‘i Place.

No one was home at the time of the blaze and no injuries were reported. However, two cats appeared to have died as a result.

Multiple units from the Kaiākea, Kapa‘a and Līhu‘e fire stations, along with the on-duty battalion chief, were dispatched to the scene at about 11:20 a.m. Once on scene, firefighters found the first floor of the structure, in the garage area, fully involved in flames.

The blaze was brought under control in roughly 20 minutes. Firefighters also ensured there was no fire extension in the ceiling.

Responding units cleared the scene at about 1 p.m., while fire prevention personnel remained on scene to conduct their investigation.

Damages to the structure and its contents are estimated to be roughly $470,000.