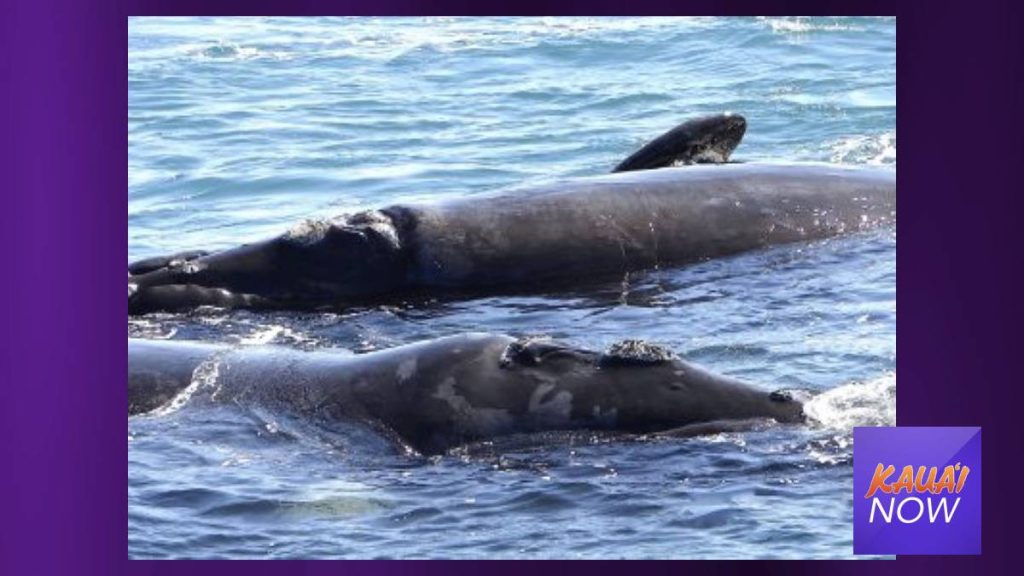 Years of research by Pacific Whale Foundation, NOAA, and the state has prompted a new set of voluntary recommendations for boaters operating around humpback whales.

The new recommendations were announced Monday after those agencies, along with tour operators, private boaters, fishers, and other community members, collaborated over the last year to craft recommendations in order to keep both whales and watchers safe.

The suggestions advise boaters to reduce speeds to 15 knots in Hawaiian waters during whale season, but also to:

Whales are usually around the islands from November to April during their breeding season and are a major tourist attraction. Up to 10,000 come each year. However, the first arrivals vary, so boaters are urged to keep abreast of sightings throughout the year and post a lookout on their boats shortly before, during and shortly after whale season to help spot whales in the distance.

Statistics show that at a speed of 15 knots or less, collisions with whales are greatly reduced, according to the state Department of Land and Natural Resources.

The measures are also meant to reduce whale harassment. The suggestions are just that, guidelines, and won’t be enforced beyond the rules already in place. Humpback whales in U.S. waters are federally protected. It is illegal to approach humpback whales within 100 yards, including by boat, kayak, drone, when swimming, or by any other vessel or means, according to the DLNR.

The suggested rules come one week after a humpback whale calf was found dead off the shores of O‘ahu. The whale calf appears to have suffered a traumatic brain injury consistent with a vessel strike, NOAA Fisheries said on Monday.

“The research began in 2013, when we first set out to answer that question of what can we recommend as the best speed for boaters operating during whale viewing season,”  Jens Currie, chief scientist at Pacific Whale Foundation, said.

“The available data suggests that transit speed, when around whales, should be 15 knots or less,” he said.

The studies found that as boats approach whales at higher speeds, the animals would change direction, indicating they are not comfortable with the presence of vessels, DLNR stated in a press release. Their speed changes, and their dive and respiration rates change.

“It’s nice we can put some quantification on this from our scientific studies,” Currie said. “You’ll have much more time to react, the slower you go. It’s significantly different at those slower speeds than higher ones.”