Navy Responds to Red Hill Controversy: We Will Continue to Comply With Probe 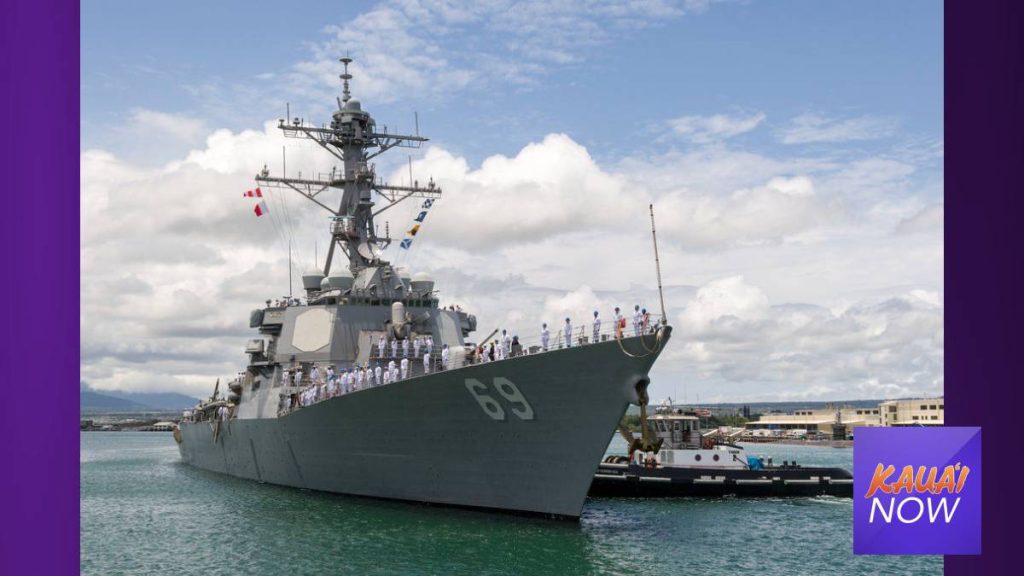 A day after Hawaii’s Congressional delegation announced plans to introduce legislation to shut down Red Hill, the Navy said it is complying with all investigative matters pertaining to the fuel leak that affected resident area drinking waters.

“These documents, many of which the Navy has previously disclosed, are responsive to the hearing officer’s requests for information about various structural and operational aspects of the facility and about the Navy’s maintenance and incident response activities,” Brown said.

Also in compliance with the hearing officer’s order, the Navy plans to release additional documents over the coming weeks and prior to the May 23 permit hearing that is scheduled, Brown explained.

“These subsequent productions will include documents and information relating to the November 20, 2021, fuel release incident root cause analysis,” he said. “The department remains focused on immediate actions to protect our people, and the local Hawai‘i population, while also taking actions that will position it to make informed and environmentally-protective longer-term decisions.”

The two made the announcement at a news conference at the state Capitol building in Honolulu, an event that was attended by state, city and county lawmakers and members of the public.

“Too many people have suffered and are still suffering as a direct result of the fuel leaks at Red Hill,” Kahele said in a statement announcing the legislation.

Kahele said earlier in the week during a Facebook Live event he was told by the Navy that security cameras, which should have captured two major fuel leaks at the Red Hill facility, were not recording during the leak because months prior, someone cut an electrical line “rendering all the cameras unusable,” the Honolulu-based  news organization Civil Beat reported on Feb. 8.

The Navy identified a fuel leak on May 6, 2021, as the probable reason for  the water contamination that infiltrated military family water taps around Thanksgiving time. Fuel from that leak reportedly made its way into a fire suppression drain pipe that burst on Nov. 20, when it was hit with a cart, Civil Beat reported.

NEW: Security cameras that should have captured two major fuel leaks at the Navy’s Red Hill fuel facility last year were not recording because months prior, someone cut an electrical line “rendering all the cameras unusable,” @kaikahele said. https://t.co/r2mR56CgDx

Kahele said during the live event that he asked for video footage of the events, and that the Navy informed him the footage “doesn’t exist.”

“In January 2021, a contractor severed a cable that provided power to 44 out of the 57 closed-circuit cameras, including those that would’ve recorded the areas of the May and November leaks, according to the Navy’s response to Kahele,” the Civil Beat article stated.

Also on Friday, U.S. Sen. Brian Schatz announced he’d introduce companion legislation to go along side Case’s and Kahele’s to shut down Red Hill, a proposal that would include reimbursements to the city and state for costs incurred with the leak.

“I will fully support the Hawai‘i Department of Health’s final permit decision, which will likely deny a permit to continue operations at Red Hill,” Hirono said in a statement Friday. “Yesterday, I asked President Biden to also support the state’s permit decision.”

On Saturday, the U.S. Navy released a press release on the latest water testing samples.

It sampled drinking water after residential and non-residential building flushing at 68 locations on Ford Island at Pearl Harbor. One of the 68 sample results was above criteria for this emergency response.

“The affected residents have been notified, and the Interagency Drinking Water System Team decided to re-flush and re-sample the home,” the news release stated.

Back in November, families along the Navy’s water line started reporting illnesses after drinking or using the water and said their water taps smelled of fuel.

“One sample exceeded the emergency response criteria of 200 parts per billion (ppb) for two of the TPH groups. The sample results showed a TPH-diesel range of 259 ppb and a TPH-oil range of 209 ppb,” it stated.

The Hawai‘i DOH’s Nov. 29,  public health advisory for the area remains in effect.