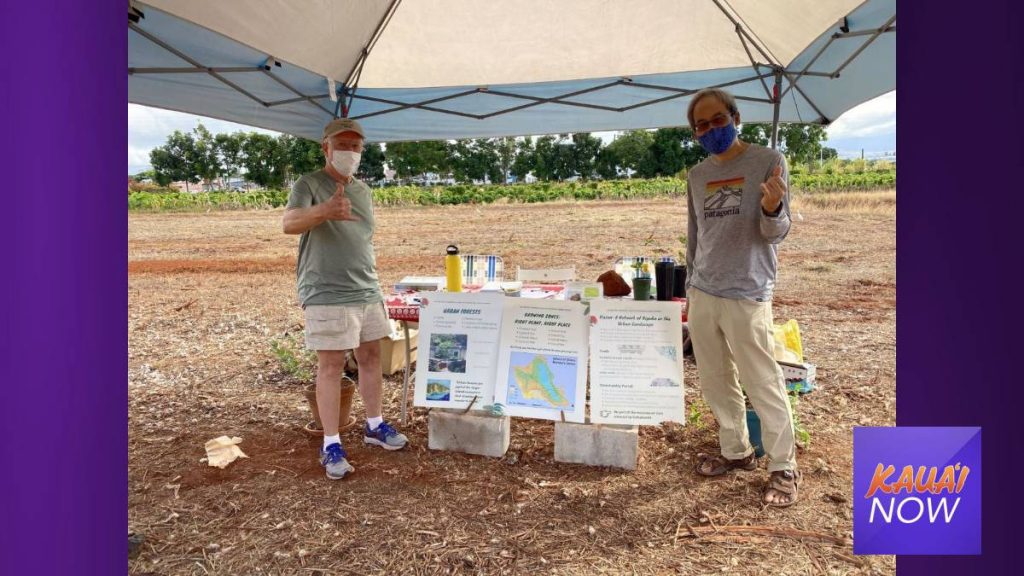 An initiative by the Hawai‘i Forest Institute to grow native Hawaiian and canoe plants in urban and suburban areas throughout the islands got a boost from a grant provided by the Steve and Gloria Gainsley Fund of the Hawai‘i Community Foundation.

According to a press release, HFI was awarded $5,000 for its Go Native: Growing a Native Hawaiian Urban Forest project, which encourages Hawai‘i’s residents and businesses to grow native Hawaiian and Polynesian-introduced plants. Go Native, also seeks to increase public awareness of the value and benefits of planting native plants and trees.

“Our long-term goal is to create a series of kīpuka or micro-forests within the urban and suburban core,” said HFI President Travis Idol. “Once we convince enough homeowners, renters, businesses and landscape architects to use more native Hawaiian and canoe plants in their landscaping, these Hawaiian gardens can collectively become a human-made surrogate for the natural forests that once existed in abundance, particularly in dryland and mesic areas.”

Idol is professor of tropical forestry and agroforestry in the University of Hawai‘i at Mānoa Department of Natural Resources and Environmental Management.

The project was launched in 2020 with a grant of $8,979 from the Kaulunani Urban and Community Forestry Program of the state Department of Land and Natural Resources Division of Forestry and Wildlife and State and Private Forestry, a branch of the U.S. Department of Agriculture Forest Service, Region 5.

The Go Native project will create a series of videos and a quick reference guide, tentatively called the #GoNativeHawaii Growing Guide. The videos will target a non-technical audience and walk the viewer through the stages of creating or converting their landscape to native and/or Polynesian-introduced plants. The guide will teach readers to identify native plants that are most suitable to their climate zone.

“We think of it as providing ‘cookie cutter recipes’ yet enabling people to substitute some ingredients (plants) in case they want more or less of a particular ‘taste’,” said Go Native Project Manager Paul Arinaga.

To augment the guide and show people what can be done, HFI started a sub-project to document sites throughout the state where people are growing native Hawaiian plants, sometimes in combination with canoe plants. In addition, HFI has plans to launch a contest so homeowners can show off their native Hawaiian landscaping and inspire others.

The Native Hawaiian Urban Forest Network will offer benefits such as providing a refuge for native animals; wildlife corridors for native invertebrates, birds and bats; preserving genetic variation within plant and animal species; and enhancing cultural and spiritual links with the past, according to the release. Creating the Native Hawaiian Urban Forest Network could also help increase the representation and resiliency of existing natural forests.

In addition, native trees have an important role to play in a world impacted by climate change.

“Contrary to common perception, there are native Hawaiian plants — particularly coastal and dryland plants — that can survive in harsh and urban conditions,” Idol said.

The press release says numerous experts note that the version of tropical or sub-tropical landscaping presented to tourists is often a generic one. A tourist can travel all over the world and see the same homogenized version of “tropical paradise” that uses non-native plants. At a time when Hawai‘i is searching for a unique model of tourism — and visitors are looking for authentic experiences — native Hawaiian and Polynesian-introduced plants have an important role to play.

Be part of the movement by clicking here.