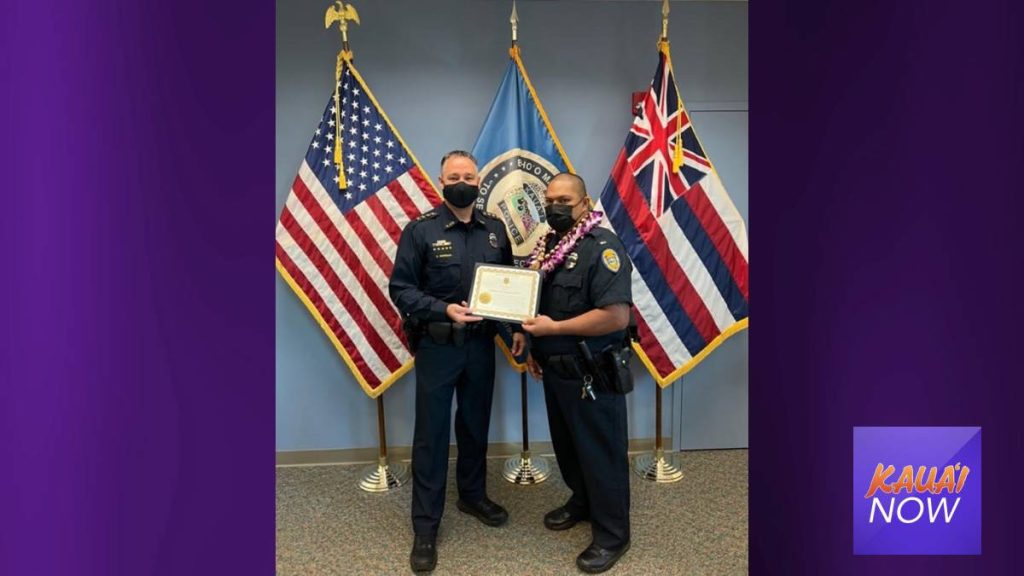 Banquel was on his way to pick up his son at the beach during a day off in November. As he was driving through his Hanamāʿulu neighborhood, he noticed a man lying on the ground in the driveway of a residence, and a woman nearby acting distraught.

“Banquel knew something wasn’t right and stopped to check on the 56-year-old male subject who was found unresponsive and not breathing,” KPD stated. “The man had apparently collapsed while doing yard work and had hit his head on the ground.”

EMT personnel who responded to the scene and Wilcox emergency medical staff who treated the man at the hospital, indicated it was Banquel’s swift action that directly contributed to saving the man’s life.

“Lt. Phil Banquel’s off-duty response to a neighbor in need of medical assistance was heroic,” said Chief of Police Todd G. Raybuck. “His immediate action to perform CPR gave this gentleman and his family the gift of life. Congratulations Lieutenant Banquel. We honor and thank you for the duty you performed.”