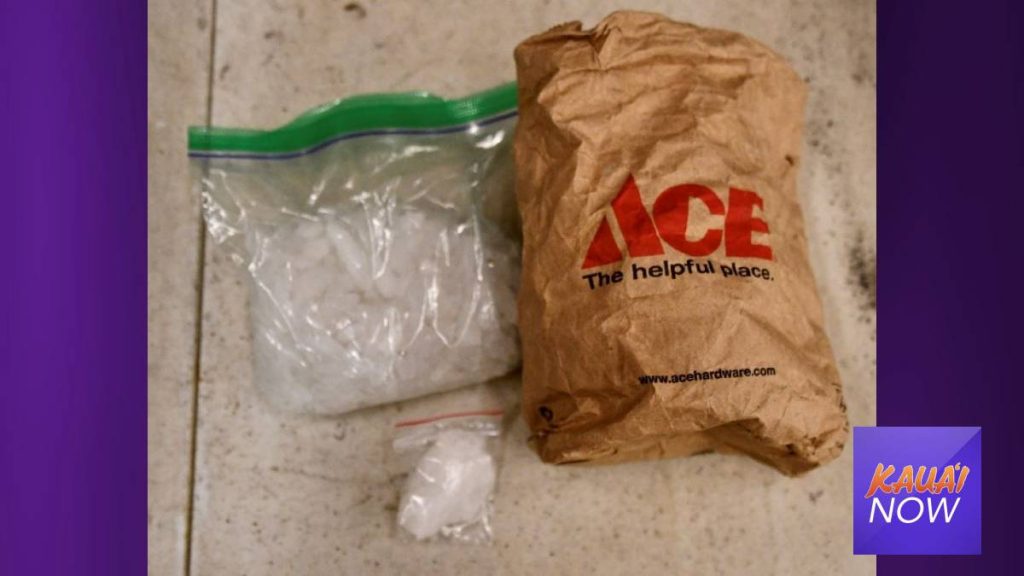 The Kauaʿi Police Department’s Vice Section enacted search warrants on Say. During the searches, police recovered a total of about 243 grams of methamphetamine, 42 grams of Fentanyl, 26.4 grams of marijuana, $8,046 in American currency, a loaded .38 special, a break action 12-gauge shotgun, a 223 semi auto AR-15 style rifle ghost gun, numerous unspent 223 and 12-gauge ammunition, along with numerous scheduled drugs that need to be sent for testing (possibly xanax, oxycodone and/or fentanyl).

“First and foremost, I am grateful to our Vice Section for their ongoing efforts in keeping Kauaʿi safe. Fentanyl is an incredibly dangerous and insidious drug that has reached our shores in a very concerning capacity in recent months. Our Vice officers have diligently responded with an in-depth investigation and enforcement of illicit drug activities and now we have one less person on the street engaging in this criminal lifestyle,” said Investigative Services Bureau Assistant Chief Bryson Ponce. “However, that’s not to say that this issue is behind us. Everyone needs to continue to remain vigilant in our community regarding this criminal activity and continue to be aware of the severe dangers of drugs like fentanyl and methamphetamine. Illegal drug trafficking and the distribution of drugs on Kauaʿi pose a significant danger to everyone. And with that being said, we remain thankful to our community and your partnership throughout this drug epidemic because your continued reporting of illegal activity helps us decrease the amount of these dangerous substances from circulating on our island.”

He was booked and is being detained on a $1 million bail.

If you see or encounter any kind of suspicious activity, call KPD dispatch at 808-241-1711. If you want to remain anonymous, visit Kauaʿi Crime Stoppers.