Ige Delivers His Final State of the State Address 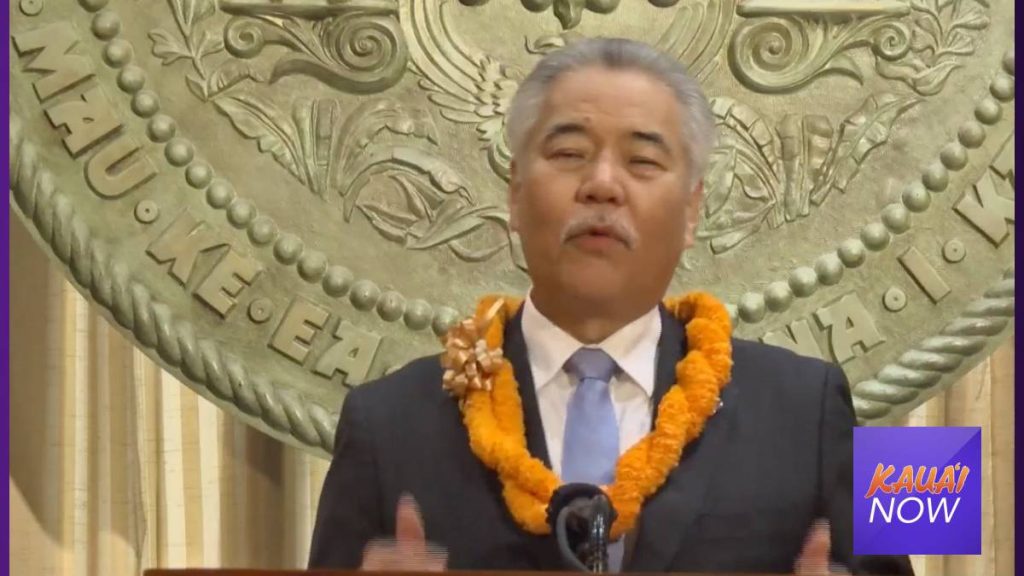 In his State of the State address this morning, Gov. David Ige proposed refund checks of $100 to every taxpayer and each dependent.

Click here to watch the speech in its entirety.

“Given the recent revenue projections, we’re asking the Legislature to return some of those dollars back to taxpayers,” Ige said. “In this way, we’ll also inject $10 million back into the economy, giving it a boost as well.

Ige said he had three goals this year: continue steering Hawaiʻi through the COVID-19 pandemic, strengthening families and communities and moving toward full economic recovery.

“We’ve endured tremendous hardship over the past two years,” the governor stated. “Throughout the pandemic, we’ve sacrificed, delayed or canceled so many of life’s cherished milestones.”

Ige described the COVID-19 pandemic as relentless. To address the ongoing fight against the virus, the governor is asking the Legislature to fund the University of Hawaiʻi’s expansion of the doctor residency program on the neighbor islands from five to 50.

Ige is also asking legislators to restore funds taken away from schools during the pandemic.

“This includes funds to take care of those who take care of our students and to support the development of new teachers, especially in areas of chronic shortages, such as Hawaiian immersion and special needs,” Ige said.

Ige also hopes to pick up discussions regarding universal preschool that were postponed because of the pandemic.

“We can’t leave it there,” he said. “We’ll continue to nurture our early learners through our community-based centers, but let’s work together to take the next step to provide preschool for every child in Hawaiʻi.”

Ige described the state as a leader in protecting its environment, adding the work needs to continue. To achieve this, the governor has ambitions to retire the state’s last remaining coal plant, expand the state-to-farm program to support island farmers, establish rebates for electric cars and move forward with the Royal Kunia agricultural farm to encourage food sustainability.

The governor has proposed the largest technology investment in state history at $400 million, which would expand the state’s broadband infrastructure in an effort to close the digital divide.

Ige said the pandemic is “redefining us as a generation.”

“In the same way the Great Depression, Pearl Harbor and the Vietnam War shaped their generations,” Ige said, “events in history have a way of repeatedly testing us. Each generation must find its own strengths, its own answers and its own path forward.”

From his vantage point, the governor, who is serving his final year in office, said he sees a Hawaiʻi that has been tested again and again during the pandemic. While the community as a whole has bent, Ige said “we haven’t been broken.”

“I believe in Hawaiʻi, in its people and its purpose,” the governor said. “I am proud of the work we do. I’m proud to be your governor.”