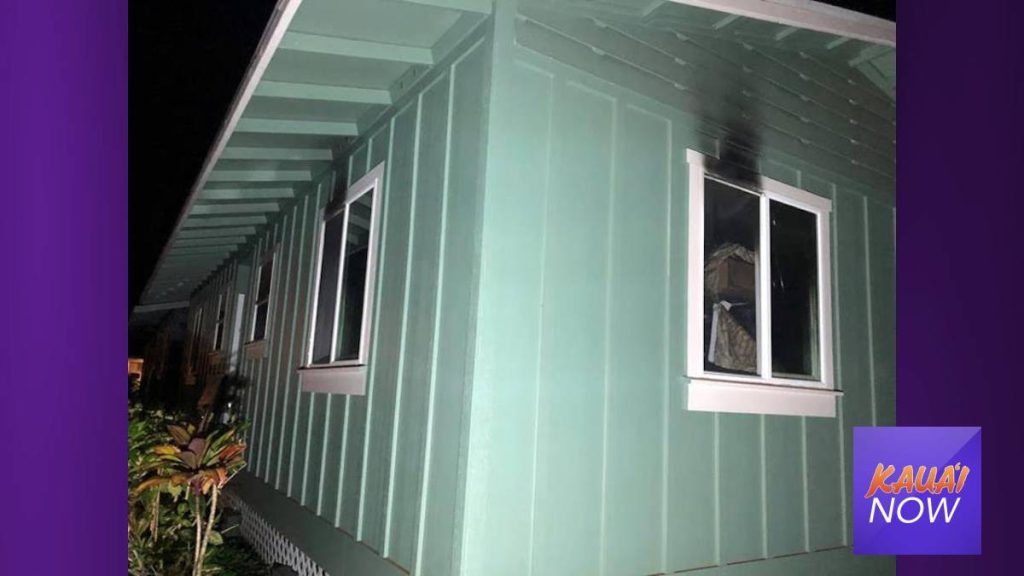 Firefighters extinguished a structure fire in Līhu‘e at the transitional housing site Kealaula at Pua loke on Monday, Jan. 17.

No injuries were reported. However, volunteers with the American Red Cross and personnel from Women in Need assisted the two individuals, who were relocated to another unit at the transitional housing site.

Firefighters responded to a report of a building fire in Līhu‘e at 8:30 p.m.

According to a preliminary report, fire personnel arrived on scene at approximately 8:40 p.m. and discovered smoke from the unit’s window. Shortly after, firefighters gained entry into the building and quickly extinguished the fire.

Preliminary estimates of damages are $16,000. According to a preliminary report, the fire originated in the kitchen. However, the cause of ignition is under investigation.