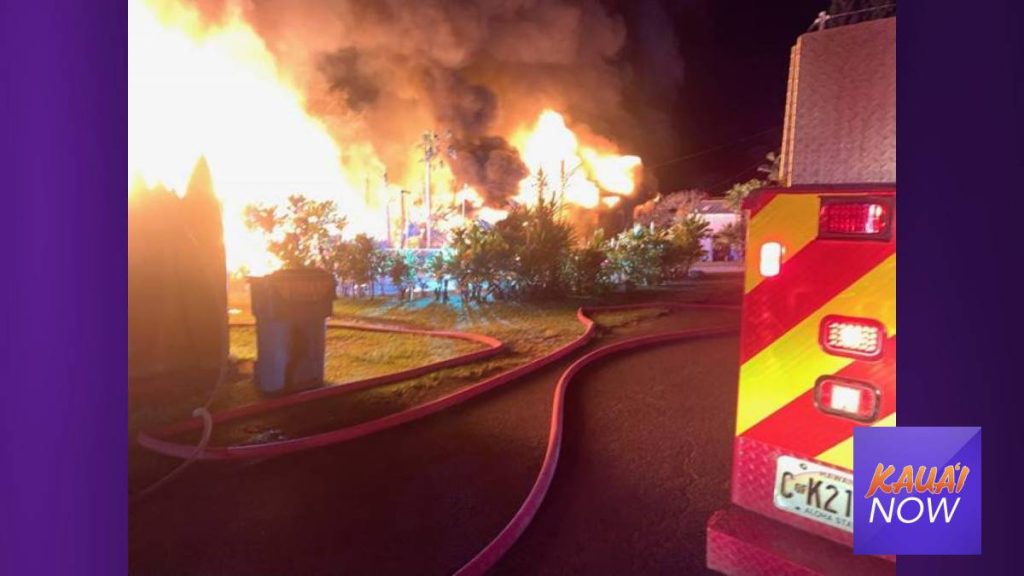 An early morning blaze Monday in Hanalei resulted in the displacement of two residents, according to the Kaua‘i Fire Department.

No injuries were reported. Volunteers with the America Red Cross assisted the displaced individuals.

Firefighters responded to a report of an explosion and then confirmed a structure fire at about 1 a.m. Monday on Weke Road. According to a preliminary report, upon arrival, fire personnel discovered two single-story dwellings fully engulfed in flames, with neighboring properties beginning to flame.

Because of fallen power lines, access to the front of the residence was limited. Kaua‘i Island Utility Cooperative was able to cut all power to both structures.

Firefighters used a defensive strategy, knocking down the fire on the north structure, while protecting exposure on the south structure, preventing further growth of the blaze. The fire was under control by about 2:20 a.m. and extinguished at about 3:30 a.m.

Firefighters cleared the scene at about 7:30 a.m.

Both structures are considered a total loss. Damages are estimated at $952,800.