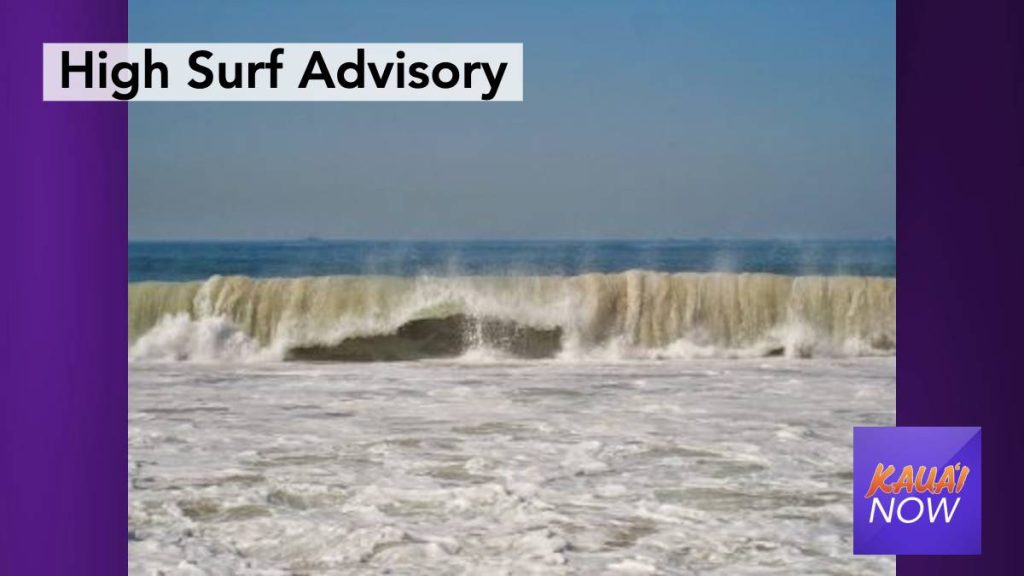 A high surf advisory is now in effect for north- and west-facing shores of Kaua‘i and Ni‘ihau until 6 p.m. Sunday, replacing a previous high surf warning.

A series of overlapping northwest swells will continue. The current swell will decline through the night. The next swell will build during the day Thursday, possibly pushing surf again to near high surf warning levels late in the day.