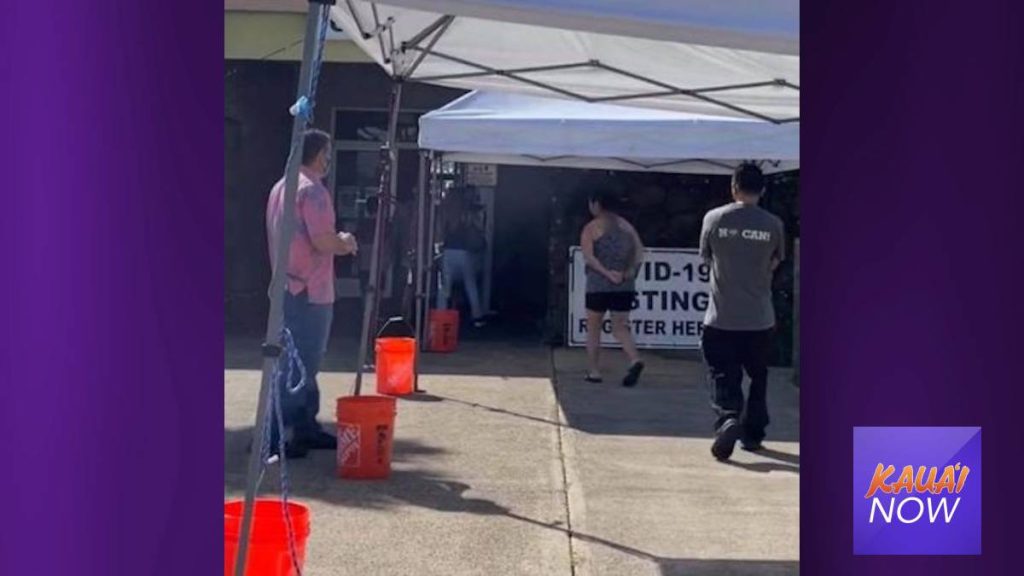 High demand for COVID-19 tests during the state’s current case surge has caused County of Kaua‘i testing sites to hit their caps quickly of late.

“Testing demand has skyrocketed in the past month leading to the testing center reaching capacity each day, and this week has seen the highest demand ever,” Jesse K. Broder Van Dyke, COVID-19 spokesperson for the Kaua‘i Emergency Management Agency, KEMA, told Big Island Now on Tuesday, Jan. 11. “Last week they ran out of tickets in under three hours, while today and yesterday it was just under one hour.”

The County of Kaua‘i has been offering free testing at the War Memorial Convention Hall in Līhu‘e since the fall of 2020 with the help of the Hawai‘i National Guard, who staff registration tables. It also launched a mobile testing van last year. The Convention Hall site is capped at 500 tests a day, Broder Van Dyke explained, and tickets are distributed on a first-come, first-served basis at 8 a.m. Monday through Friday with a time to return later that day.

With Kaua‘i seeing a spike in new cases every day – it recorded 243 new infections on Tuesday and the state reported nearly 3,000 new cases – those sites are having a hard time keeping up with demand. They ran out of tests by 9:15 a.m. today at the convention hall.

The county’s mobile testing van that goes to a different community each day has been hitting its capacity of 100 tests a day as well.

“Testing is in very high demand right now,” Mayor Derek Kawakami said during his COVID-19 informational update  on Monday. “Today, the Convention Hall testing site ran out of tickets at 9 a.m., and hundreds of people came to our mobile testing van yesterday in Kapa‘a.”

Those with insurance can contact their doctor to get a test at the Wilcox or KVMH drive through testing centers or through Clinical Labs.

Kaiser members can get a test at the Kaiser Permanente Līhu‘e Clinic.

Free tests without insurance can be booked through Līhu‘e Pharmacy by visiting alohaclear.com. Once you have an appointment, their drive-thru testing is now located in the parking lot behind Target.

A full list of options is posted at Kauai.gov/covidtest

Most of the testing locations will be closed next Monday for the Martin Luther King Jr. Day holiday.