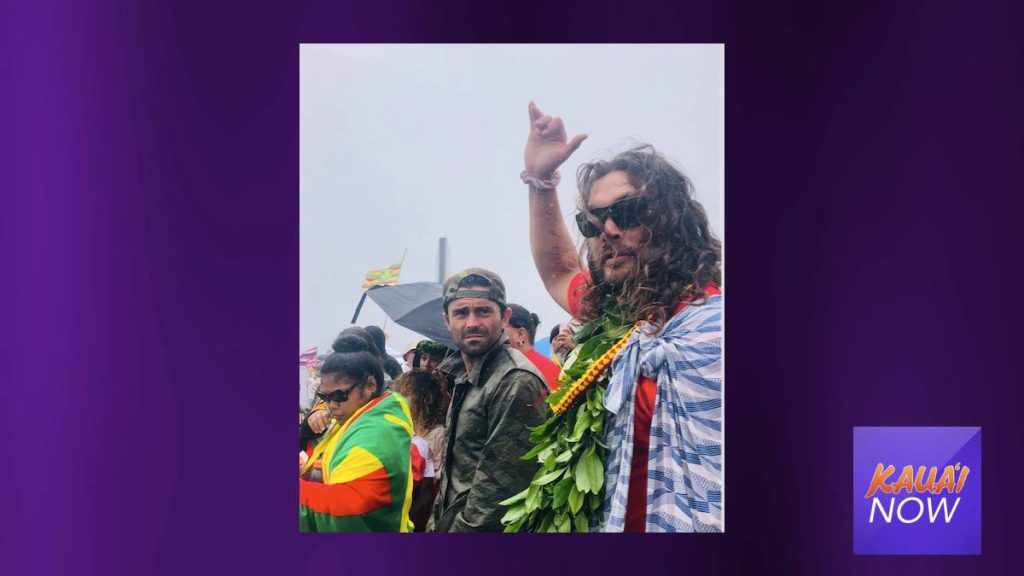 It’s no mystery that Jason Momoa, best known for his role as Aquaman in the Hollywood hit of the same name, has a deep love for Hawai‘i. The 42-year-old Honolulu-born actor returned to the islands recently to film the sequel to Aquaman, “Aquaman and the Lost Kingdom”, due out in December.

He and Warner Bros. Pictures were asked by the Hawai‘i State Film Office to produce a Mālama Hawai‘i public service announcement (PSA) to give back to his beloved home.

In the 30-second-long Mālama Hawai‘i PSA, Momoa said he’s thrilled to be back home.

“We’ve got to mālama ‘āina … take care of the land and this beautiful place we call home. Be mindful of all the invasive species that are choking out the ‘āina. Help us keep them out of our beloved valleys and favorite hiking trails,” he says in the PSA.

“They were eager to do this,” Dawson said of filming the work. “The film industry is critical to the economy in Hawai‘i and we always want to make sure, particularly when they are shooting on state lands such as at Mānoa Falls, they understand and appreciate the importance of caring for our natural and cultural resources. Jason obviously understands this, so this was not a big ask of him and Warner Bros.”

Marigold Zoll, O‘ahu Branch Manager for the DLNR Division of Forestry and Wildlife, said she wsa grateful that the actor and the production company took time to record the clip.

The message to mālama Hawai‘i is unique to our state and important for visitors and kamaʻāina to hear often, as a reminder to protect and preserve our natural and cultural resources,” Zoll said. “These are the very things that bring millions of people to our shores every year. Hearing this message from an actor of Jason Momoa’s stature really helps get the message across.”

The public service announcement can be downloaded and is available at no charge to television stations, cable systems, community television, web platforms and social media sites.

“We hope our partners in the media will find this as a valuable public service and give it airtime, particularly as Hawai‘i is amid its post-pandemic economic recovery. This is an important message from a native son who is well-respected and very recognizable here and across the world,” Dawson added.