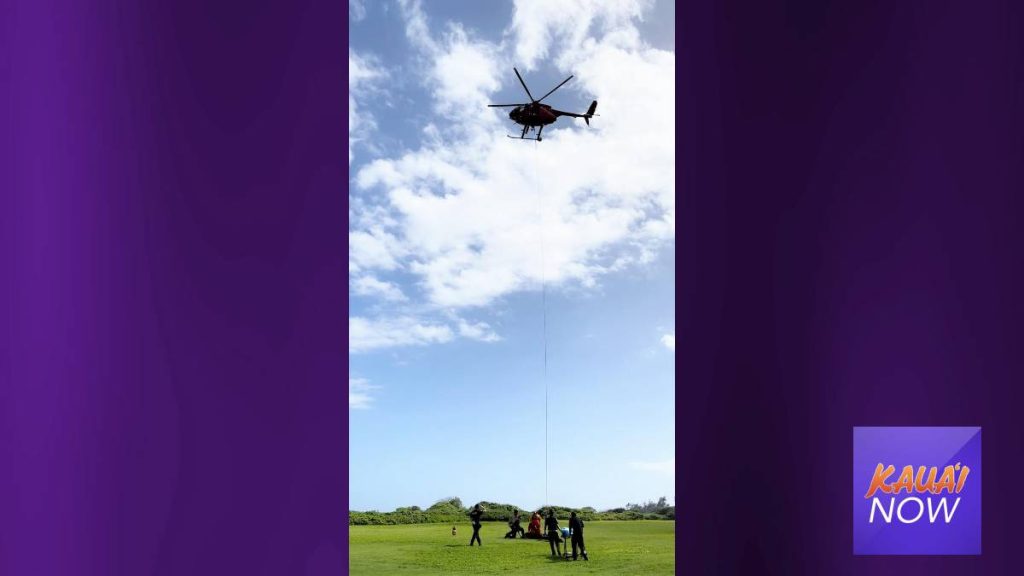 A Kauaʻi man was airlifted off Kalepa Ridge Trail Līhu‘e after reportedly having difficulty breathing on Saturday, Jan. 8.

Kauaʻi Fire Department responded to the incident at approximately 12:45 p.m. According to KFD, bystanders at the scene told first responders the 59-year-old became unresponsive, and they began administering CPR.

Rescue 3 personnel aboard Air 1 were dispatched to the scene where they found the man, who had regained consciousness, lying on the ground.

Rescuers airlifted the man using a stokes litter and he was short-hauled to a nearby landing zone at Kaua‘i Beach Resort.