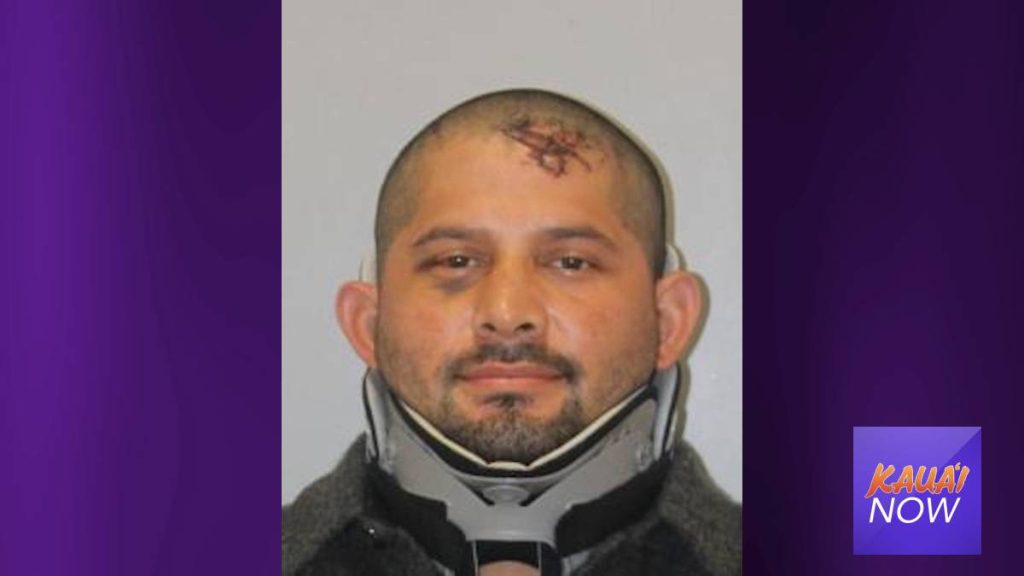 A Kauaʻi Grand Jury indicted a Lāwaʿi man on charges related to a Christmas Eve crash in 2020 that left two people dead and one seriously injured.

A bench warrant was issued for his arrest on Jan. 3, 2022, and Igne was taken into custody on Tuesday, Jan. 4.

On Dec. 24, 2020, Kauaʻi police report Igne was traveling west on Kaumualiʿi Highway in a 2011 Toyota Tacoma when his vehicle veered onto the westbound shoulder. The truck then crossed back over onto the westbound lane and subsequently onto the eastbound lane of the highway where it struck an oncoming 2018 Nissan sedan operated by a 19-year-old male of Hanamāʿulu with three other occupants.

Eugenia Villanueva, 49 of Hanamāʿulu, was a rear passenger in the Nissan sedan and suffered fatal injuries.

Delfin Geronimo, 71 of ʿEleʿele, was also a rear passenger of the Nissan sedan. Police say he was initially medevaced to Queen’s Medical Center on Oʽahu where he later died as a result of his injuries.