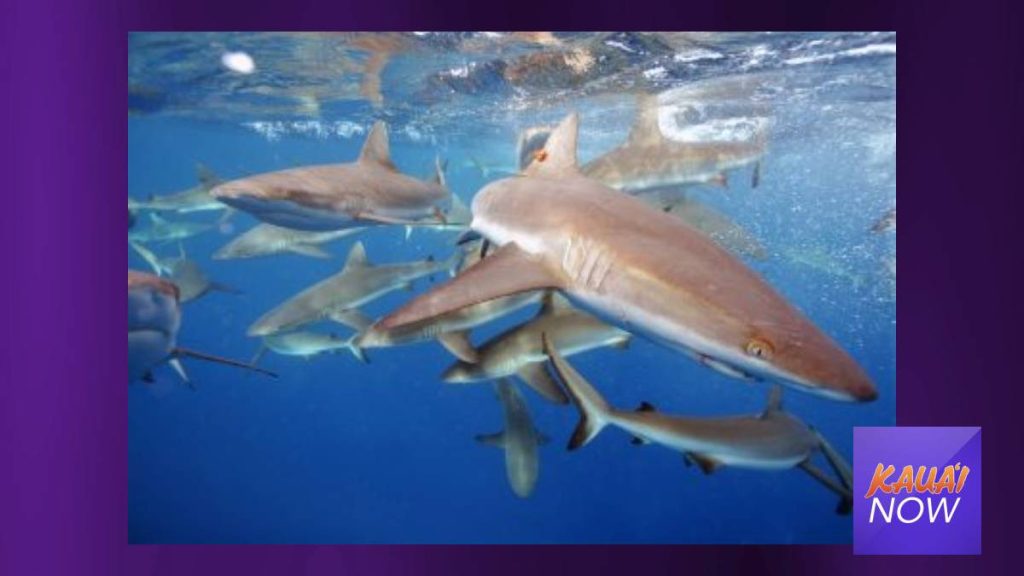 The State of Hawai‘i reminded residents that beginning today, Saturday, Jan. 1, it will be illegal to knowingly capture, entangle, or kill any species of shark in state marine waters. Act 51 (House Bill 533) passed in the last legislative session.

“We are well aware of how important sharks are to maintain healthy marine ecosystems. We also recognize their importance in native Hawaiian cultural practices and beliefs,” Brian Neilson, administrator of the DLNR Division of Aquatic Resources (DAR), said in a press release Dec. 30.

“While the shark fishing ban goes into effect New Year’s Day, we still have work to do before it’s fully implemented,” Neilson said.

According to the statute, DLNR may adopt administrative rules to implement the new law, including but not limited to:

• ensuring that the incidental capture and release of sharks while targeting other species is not a violation
• preventing the wanton waste of sharks
• limiting gear, such as gill nets, in areas identified as shark nursery habitats

According to Act 51, the conditions of non-commercial permits for the take of sharks “shall include native Hawaiian cultural protocol, size and species restrictions, and a prohibition on species listed as endangered or threatened.”

It is recommended that people avoid fishing in areas known to be frequented by sharks, especially pupping areas, and use barbless circle hooks. If a shark is caught accidentally from a boat, avoid bringing it onto the vessel whenever possible. To release it, cut the line as safely as possible close to the shark’s mouth.

Violation of the new law will be a misdemeanor, but carries significant penalties:
• $500 for a first offense
• $2,000 for a second offense
• $10,000 for a third or subsequent offenses
• a civil fine not exceeding $10,000 per offense
• an administrative fine of no more than $10,000 for each shark captured or entangled, whether alive or dead
• seizure and forfeiture of any captured sharks or any part or product, commercial marine license, vessel, and fishing equipment
• assessment of administrative fees and costs, and attorney’s fees and costs

For information about sharks in Hawaiian waters, visit the DLNR shark website at hawaiisharks.org.